The Enforcement Directorate (ED) on Friday nabbed a pro-Jehadi organization Popular Front of India (PFI) leader and its student wing Campus Front of India’s general secretary Rauf Sharif from Thiruvananthapuram airport while trying to flee to Oman. Rauf Sharif is on the radar of agencies for funding money in the Shaheen Bagh protests and in PFI activities in Uttar Pradesh. The local court has given 14 days of custody to the ED and the Uttar Pradesh Police have also landed to question Rauf, whose three bank accounts had shown Rs.2.21 crore transactions from 2019.

Rauf’s role and his funding style came to the radar of agencies during the questioning of Siddique Kappan, who is already in the custody of UP Police. Siddique Kapan is the Delhi Office Secretary of PFI and also working as a journalist. Both are from Kerala[1].

After being nabbed at the airport, Rauf was brought to his home in Anchal in Kollam district by the ED sleuths to check his bank accounts. It was found that during the lockdown period Rs.49 lakhs and Rs.29 lakhs came into his accounts from Gulf countries. ED summoned him earlier and he did not appear and was stopped by Immigration officials at the airport. Rauf was planning to board a flight to Muscat.

UP Police had submitted a detailed second affidavit to Supreme Court in the petition filed by the Kerala Working Journalists Union (KUWJ) for the release of Siddique Kappan.

According to officials, Rauf will be brought to the ED unit in Delhi, and UP Police will also join in the interrogations. UP Police already had a separate case against Rauf for funding PFI to engineer communal clashes.

Meanwhile, UP Police had submitted a detailed second affidavit to Supreme Court in the petition filed by the Kerala Working Journalists Union (KUWJ) for the release of Siddique Kappan. According to UP Police, Siddique is a PFI leader working in the garb of journalist. Siddique Kappan landed in Delhi a few years ago as a Journalist of PFI’s mouthpiece ‘Tejas’ (which is shut down for the past two years) and is currently general secretary of KUWJ’s Delhi Chapter. He is also working as national co-coordinator of PFI’s another organization NCHRO (National Confederation of Human Rights). This organization also has the same office address as PFI in Delhi’s Shaheen Bagh. PFI is an organization floated by former SIMI activists. 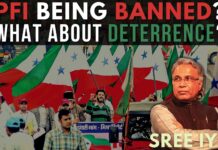 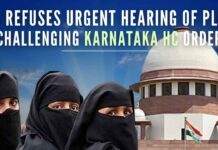