Uttar Pradesh (UP) Government’s affidavit in Supreme Court exposes the financial irregularities and land grabbing by Kerala based Journalist union known as KUWJ (Kerala Union of Working Journalists). The affidavit said that KUWJ is a non-credible organization facing the Kerala Government’s vigilance probes for financial bungling and that the organization acted as a proxy petitioner to save the pro-jehadi organization PFI activist Siddique Kappan, who is presently in a Mathura jail charged under UAPA (Unlawful Activities Prevention Act). UP Government’s 59-page affidavit detailed the cases against KUWJ, Siddique Kappan’s close links with PFI, and his foreign trips and bank account details.

Siddique Kappan was arrested on October 5 with other three PFI activists and its student wing Campus Front of India workers on their way to Hathras. UP Police informed the Supreme Court that Siddique has not yet applied for bail while his co-accused persons did. The police said that Siddique was using KUWJ in the garb of journalism and said that the KUWJ’s advocate Wills Mathew also hushed up many facts from the apex court. The affidavit also detailed the huge financial transaction of another PFI activist and its student leader Rauf Sharif and his links with Siddique. Rauf was nabbed by Enforcement Directorate (ED) on Friday from Thiruvananthapuram airport while fleeing to Oman. Siddique’s bank account in State Bank of India also had doubtful transactions, said the UP Police. In just one year Rauf’s bank account had deposits of more than Rs.2.21 crores from Gulf countries and agencies feel Rauf was one of the financiers in organizing protests in Shaheen Bagh and other areas in UP[1].

Many journalists were engaged in a fake campaign that UP Police was not allowing advocate’s services for Siddique and his family was not informed about the arrest. The documents shown in the affidavit clearly exposes that these were total lies propagated by many journalists.

“At the outset, it is submitted that the petitioner (KUWJ) itself lacks bonafide and does not deserve any relief from this Hon’ble Court. The Delhi unit of the Petitioner’s organization ‘Kerala Union of Working Journalists’ of which accused Siddique Kappan is a Secretary, is itself facing vigilance inquiry in the State of Kerala for embezzlement and misappropriation of government funds upon directions of Hon’ble High Court of Kerala in a public interest litigation,” said the affidavit adding that the KUWJ also faces a land grabbing case for appropriating a temple land in Thrissur. Previous year PGurus reported the KUWJ’s financial irregularities[2].

Terming KUWJ”s petition as a proxy petition to save PFI activist Siddique Kappan in the garb of journalism, the UP Police sought dismissal of the petition. “It is submitted that considering the role of the person in judicial custody on whose behalf this proxy petition is filed, it clearly appears that he does not wish to face the examination of his role by the competent court,” said UP Police.

The 59-page affidavit also produced the details of travel to Georgia by Siddique Kappan and Rauf Sharif’s bank account details showing the huge flow of money from Oman. UP Police also said that Siddique was operating a website to collect money on the Hathras incident and engineering communal clashes. The UP Police said KUWJ’s accusations of not informing family and denial of legal services were totally false by placing documents in the affidavit. Many journalists were engaged in a fake campaign that UP Police was not allowing advocate’s services for Siddique and his family was not informed about the arrest. The documents shown in the affidavit clearly exposes that these were total lies propagated by many journalists.

On Monday, KUWJ sought time to respond to the UP Police affidavit, and the case is adjourned to the third week of January 2021. 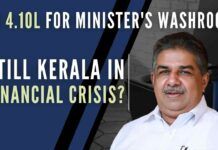