The political theatre in Tamil Nadu is witnessing many twists and turns in the drama or farce which is being enacted at Chennai. Tamil Nadu (TN) politics is no different from many of the potboilers churned out from the dream factories of Kodambakkam (it also goes by the name Kollywood), a Chennai suburb spotting cinema studios and post-production houses. The movies of the 1950s, 1960s, and 1970s which molded the political spectacle of the State had certain common patterns and formulae. A good-looking hero (preferably MG Ramachandran/ Sivaji or others like Sivakumar, Muthuraman, Jai Shankar, Ravi Chandran and of course Gemini Ganesan), a cruel-looking villain (MN Nambiar), his sidekicks like Asokan, MRR Vasu and ace comedians like Nagesh, VK Ramasamy. Jayalalithaa, KR Vijaya, Sowcar Janaki, Savithri, Manjula, Kanchana were the heroines. We had Aachi (Manorama), Pandari Bai, and others to play the role of mothers while there are others to perfect the mother-in-law and father-in-law roles.

If the ECI is the handmaiden of the Centre, then it should have accepted the verdict of the MLAs and declared the BJP candidate the winner right?

Tamil politics was a mirror image of these films and we had heroes, heroines, villains, and comedians… In spite of the exit of leaders like Annadurai, MGR, Sivaji, Karunanidhi, and Jayalalithaa from the center stage of politics, the liaison between films and politics thrives in Tamil Nadu. The new entrants are Kamal Haasan and Rajnikanth who are waiting for the auspicious time to announce the launching of their politics. Haasan, a declared rationalist, and an atheist does not do anything without consulting his battery of astrologers and palmists. So much for Tamil Nadu’s rationalism and atheism.

Well, the last three days’ developments in Tamil Nadu sound like the twists and turns in the script of a Dravidian drama/ cinema penned down by either Anna (Annadurai) or Dr. Kalaignar (Karunanidhi). Last week saw the Election Commission of India pronouncing that the emblem Two Leaves and the name AIADMK rightfully belonged to the faction headed by O Panneerselvam and Edappadi Palaniswamy. Cynics, as usual, termed the verdict as a handiwork of the Narendra Modi government! Blame Narendra Modi for anything unpalatable to the opposition Congress and its allies including the CPI-M. That’s the new style in India.

But then why did the ECI rule in favor of Ahmed Patel in the Rajya Sabha election from Gujarat? If the ECI is the handmaiden of the Centre, then it should have accepted the verdict of the MLAs and declared the BJP candidate the winner right? No answer.

Cut back to Tamil Nadu. There was a pleasant surprise in store for Edappadi Palaniswamy, the chief minister. Three MPs (Rajya Sabha MPs) drove down to Tamil Nadu Secretariat, met Palaniswamy and told him that the trio would work for him hereafter. The three – Navaneethakrishnan (popularly known as the Sunday Lawyer, because he practices law only on Sundays), Gokulakrishnan and Vijila Satyanandan were trusted loyalists/ bhakts of jailed VK Sasikala till Monday morning. By evening, TTV Dinakaran, their master in the absence of jailed Sasikala, reacted to the defection. “They had sought permission from me before crossing over to Palaniswamy camp. They did so because if they do not declare support for OPS and EPS they would lose their membership in the House. Once the Supreme Court allots the Two Leaves symbol to me, they would come back to me,” said Dinakaran who had boasted of sleeper cells of his MLAs in the Palaniswamy faction who would dethrone the government at the appropriate time. What kind of credibility Navaneethakrishnan, Gokulakrishnan, and Vijila would enjoy in the OPS/EPS camp is anybody’s guess.

By Tuesday night, two more MPs, M Udhayakumar and B Senguttuvan had declared their loyalty to the OPS/ EPS camp leaving Dinakaran with just one MP. So, till the Supreme Court pronounces its verdict in the petition filed by Dinkaran challenging the ECI order, everything is hunky-dory for the OPS/ EPS camp (the real AIADMK).

Now, the question is what would happen in the eventuality of the Madras High Court quashing the Speaker’s decision disqualifying the 18 AIADMK rebel MLAs who gave a memorandum to the Governor stating that they were withdrawing support to chief minister Edappadi Palaniswamy? The 18 rebel MLAs would get back their membership and they would also become the part of the official AIADMK. From hereafter, the script would take new turns and twists because if the 18 rebel MLAs violate the party whip and vote against EPS in a trust motion, they stand to lose their membership in the House. So, it is a Catch-22 position for the rebel MLAs, Dinakaran and of course Chinnamma.

But all is not lost for Chinnamma. Vijaya Bhasker, the health minister from whose house the IT officials seized Rs.85 crores worth unaccounted money in the raids held in the first of April is still continuing as a minister. Vijaya Bhasker is a known supporter of the Mannargudi clan. Similarly, she has the patronage of Lok Sabha deputy Speaker Thambi Durai.

There is enough action, comedy and of course tragedy in Tamil Nadu politics. Watch this space for more revelations! 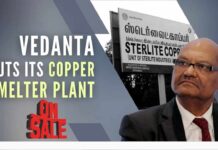 Is it ethical for AG’s son to appear against SEBI in...

Narayanasamy as Puducherry CM: Is Congress making a huge mistake?