Is former Delhi Lieutenant Governor Najeeb Jung in possession of illegal properties? Well, till July 26, 2012, he allegedly was. Has he vacated them? It seems nobody knows. At least, nobody who ought to know is telling about it.

In 2016, after the changes in Enemy Property Act, the Central government became the owner of the enemy property.

In 2005, the Supreme Court had ruled that the Custodian of Enemy Property was the administering authority of the property as a trustee, but the enemy remained to be the owner. His or her legal heirs could even inherit the property.

In 2016, Parliament amended the Enemy Property Act to introduce major changes in it. After this, the Central government became the owner of the enemy property. It also barred the Indian citizens who are legal heirs of enemies to inherit enemy property.

In July 2013 Najeeb Jung became Delhi’s LG, had a troubled relationship with the Arvind Kejriwal government, and resigned.

Therefore, it is not possible for Jung, a retired Indian Administrative Service officer, to inherit any enemy property. But he allegedly holds such properties. “A list of 38 properties (enclosed along with) was forwarded to you with their address, file number, the name of Pakistani owner and legal status,” the Custodian’s letter said. “These properties are under illegal occupation of Sh. Najeeb Hameed Jung and Sh. Akbar Hameed Jung and Government is not accruing any income from them. It has been requested on many occasions to your office to evict these unauthorized occupants and hand them over the Ministry.”

Nothing has happened in the last 15 years, though. So now what? Well, the same old thing. “You are again requested to initiate the eviction proceedings without any further delay and inform the Ministry regarding the compliance,” the Custodian wrote. “It is worthwhile to mention that none of the properties given in the list is under any litigation.”

The Custodian ended the letter urging that “the matter may be accorded priority.” That was six years ago. Meanwhile, Najeeb Jung became Delhi’s LG, had a troubled relationship with the Arvind Kejriwal government, and resigned.

I visited the office of the Additional District Magistrate (Central Delhi), Richa, weeks ago. She was not available. I met her subordinate; he was not even aware of the issue. I made several calls to both officers but got nothing from them. 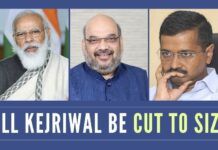 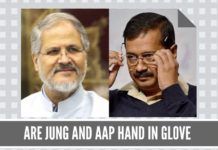 Are Jung and AAP hand in glove