He also said while answering questions at the annual India Today Conclave here, that “”Under the current circumstances, something has happened that has made measurement (of GDP data) even more difficult for India. Basically what has happened is that because oil prices have come down, our CPI and WPI inflation have come down and that makes computing GDP data much more difficult.”

“I think that the doubts that I had raised earlier were related to changes in methodology of estimation of GDP. I think now there are other sets of doubts about numbers.

“My response to that would be to look into all estimates. There is normal range of uncertainty. I think this happens in all countries around the world,” he added.

Even over a year since India’s GDP data was unveiled under a new series, the controversy over the changed methodology employed by the Central Statistics Office (CSO) refuses to die down with economists even terming it obscure.

The new numbers seemed contradictory when compared with other economic indicators such as revenue growth of listed firms, expansion of banks, the index of industrial production numbers as well as real challenges confronting India Inc such as weak demand, high debt and low earnings.

A committee headed by the National Statistical Commission chairman Pronab Sen has been set up to examine the estimation methodology. But critics say he has been a vocal supporter of the new series and hence question if the findings will be bipartisan.

Here is an excellent post on calculating Gross Domestic Product. 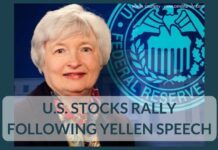 Which country has how much Gold reserves?