“In light of the continued solid performance of the labor market and our outlook for economic activity and inflation, I believe the case for an increase in the federal fund rate has strengthened in recent months,” said Yellen, at the Economic Policy Symposium at Jackson Hole, Wyoming.

Traders kept a close eye on her speech for more clues on the timing of the next interest rate hike. Some Fed officials’ hawkish comments have strengthened market expectations that the central bank might raise interest rate later this year.

On the economic front, U.S. real gross domestic product (GDP) increased at an annual rate of 1.1 percent in the second quarter of 2016, according to the “second” estimate released by the Commerce Department Friday. In the first quarter, real GDP increased 0.8 percent.

Meanwhile, the final reading of consumer sentiment index published by Thomson Reuters/University of Michigan came in at 89. 8 for August, lower than July’s reading of 90.0. 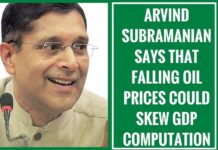