I had written about how this lawsuit between Apple and the Federal Bureau of Investigation (FBI) on their attempt to retrieve data from the San Bernardino Bomber’s iPhone was postponed.

Today, USA Today reports that the U.S. Justice Department is expected to withdraw from its legal action in California against Apple (NASDAQ:AAPL). Citing an unnamed source, USA Today reports that “a third party solution may have indeed cracked the security function without erasing contents of the iPhone used by Syed Farook, who with his wife, Tashfeen Malik, carried out the December mass shooting that left 14 dead.”

In my previous article I had predicted three things to happen if the lawsuit does get dropped. Whether this will affect Apple’s Stock price is as yet unclear. The market did not react to this, at least today. This once again proves the adage that Security is only as strong as the weakest link.

Expect a flurry of announcements from different vendors as to how they are the best of the breed when it comes to security. While some may indeed be true, security hacking is similar to watching the tide going out and seeing who still has their swim trunks.

Just as I was about to go live, I got confirmation from CNN that the lawsuit has indeed been dropped.

“The FBI has now successfully retrieved the data stored on the San Bernardino terrorist’s iPhone and therefore no longer requires the assistance from Apple required by this Court Order,” Department of Justice (DOJ) spokeswoman Melanie Newman said in a statement. 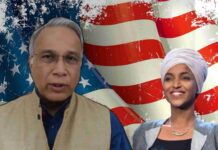 Islamophobia bill a diversion for America, away from the FBI bust of MB in Virginia? 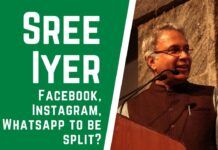