Senior Home Ministry officials had clarified during their interactions with Delhi based media persons that there was no “physical infrastructure” of the IS in the Kashmir Valley.

For a long time, an intense debate is going on within the security establishment and even in political circles both in New Delhi and in Kashmir valley about the presence of footprints of ISIS in the state of Jammu and Kashmir.

On the surface, the topmost officials in the security establishment have always claimed that there is no trace of ISIS in Kashmir valley and also countered sustained media debate which is repeatedly asking tough questions with regard to the physical presence of IS cadre in the valley.

At the same time, mushrooming growth of radicalized youth waving ISIS flags during street protests and sporadic incidents of stone pelting is causing a lot of concern in the security establishment.

But on Friday the worst fears of the Indian army and the state police came true soon after the recovery of a ‘beheaded’ dead body of a missing young man from Hajin area in North Kashmir’s Banipore district.

The barbarity with which the youth was killed clearly suggested someone is trying to spread scare of the presence of ISIS in the region.

It is not for the first time terrorists have abducted someone from his residence and killed him in cold blood. Earlier, militants slit throats before dumping dead bodies of victims.

The attack was surprisingly carried out in the aftermath of the killing of 13 terrorists across South Kashmir districts last week and was purposefully aimed at terrorizing local population not to share intelligence information about the presence of hiding militants in any residential area.

Police have identified Kashmiri militant and his Pakistani accomplices as the alleged killers of Bhat.

In the recent days, the joint teams of security forces managed to kill a large number of active terrorists in different successful encounters after receiving a tip-off about their presence in a residential area in real time.

According to local police, the deceased youth was identified as Manzoor Ahmad Bhat.

He was beheaded on the same pattern as done by ISIS cadre using a sharp-edged weapon.

Preliminary investigations have revealed that it could be the handiwork of Lashkar-e- Toiba cadre as local police have identified abductors of Manzoor Ahmad as LeT militant.

According to the J&K Police spokesman, “Manzoor Ahmed Bhat was abducted by Lashkar-e-Taiba (LeT) terrorists on the intervening night of April 4 and 5, and his dead body was found on the outskirts of Hajin early Friday morning.

“LeT militants abducted Manzoor Ahmed Bhat and his father, Abdul Gaffar, after barging into their house and assaulting their family members on Wednesday night,” the spokesperson said.

Gaffar, however, managed to get away. He is currently hospitalized with bullet injuries sustained during his escape.

Police have identified Kashmiri militant Mohd Saleem Parrey and his Pakistani accomplices as the alleged killers of Bhat, a shepherd by occupation.

Chief minister Mehbooba Mufti reacted to the incident, saying in a tweet, “The brutal killing of young Manzoor Ahmad is highly condemnable but should also serve as a reminder of where society is headed. The scourge of terror has hit a new low as the brutality of this act has left us all in shock.”

“What happens to Kashmir Solidarity and wannabe Imran Khans when people like Manzoor are inhumanly butchered?”

This is the second incident of militants targeting civilians at Hajin this week. Muntazir Ahmad Parrey, a 33-year-old private car driver, was found murdered hours after suspected LeT militants abducted him from his father-in-law’s residence in the village on Tuesday. Two women from the household were injured in the attack, and are being treated in a hospital.

Separatists adopt stoic silence over the beheading of a local youth?

Former Jammu and Kashmir chief minister Omar Abdullah Friday questioned muted response of separatists for not criticising and condemning the killing of civilians by militants.

“Any shutdown call or call for peaceful protests for Manzoor Ahmed whos decapitated body was found in North Kashmir after he had been abducted & killed by militants? No? I m not surprised (sic),” Omar said on Twitter.

“The unknown gunmen are conveniently termed to give cover to those who don’t want to/can’t criticise terrorist crimes (sic),” the opposition National Conference leader said in another tweet.

Terming the incident “inhuman”, he tweeted, “What happens to Kashmir Solidarity and wannabe Imran Khans when people like Manzoor are inhumanly butchered? It’s so easy to flow with the tide, much tougher to swim against it.”

Union Home Ministry has also denied reports of the presence of ISIS in Kashmir valley?

As latest as last month the Union Home Ministry had categorically denied reports about the presence of ISIS in Kashmir valley.

The debate over the presence of ISIS in Kashmir valley surfaced once again when an engineering student from Baba Ghulam Shah Badshah University in Rajouri had created a flutter among the security sleuth by pushing a message on an Islamic State-affiliated news agency that the outfit had killed a policeman in Srinagar’s Soura area last month in February 2018.

Fazli, who enrolled for a B.Tech course at the Baba Ghulam Shah Badshah University (BGSBU) in Rajouri in 2014, went missing on August 17 last year after completing the sixth semester.

It was widely suspected that Eisa had joined the Ansar Ghazwat-ul-Hind to establish the Caliphate in Kashmir.

“There was no “physical infrastructure” of the IS in the Kashmir Valley and the militant might have used the platform to create confusion”, senior Home Ministry officials had earlier clarified during their interactions with Delhi based media persons.

The militant, Eisa Fazli, who the Home Ministry said was associated with both Lashkar-e-Taiba (LeT) and Hizbul Mujahideen, had pushed the message on news agency Amaq along with a picture of the dead policeman and his rifle.

Jammu and Kashmir DGP S.P Vaid, however, maintained that Fazli was associated with Tehreek-ul-Mujahideen (TuM).

Constable Farooq Ahmed Yatoo was killed when unidentified militants fired on him while he was guarding the residence of separatist leader Fazal Haq Qureshi in Soura, on the outskirts of Srinagar.

Earlier, the first attack they referred to was that in Zakura area on the outskirts of Srinagar on November 17, 2017.

A J&K police sub-inspector was killed, a special police officer was injured and alleged militant Mugees Ahmed was gunned down in retaliatory fire. At the time, the attack was also claimed by TuM.

Later, a video surfaced showing him holding a sophisticated weapon and claiming that he had joined the Al-Qaeda.

Fazli was killed in the second week of March 2018 along with two their militants near Hakoora area of Anantnag.

It was widely suspected that Eisa had joined the Ansar Ghazwat-ul-Hind, a radical outfit which calls for jihad to establish the Caliphate in Kashmir. 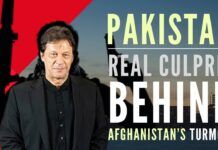