A social organization in Bengal called Singhabahini arranges a free showing of Uri – The Surgical Strike for members of martyr families, tribal peoples and students from weaker financial backgrounds

They lost their family members while fighting for Bharat against the terrorists, yet they don’t lack in patriotism. They may be short on money and lives in faraway villages with minimum amenities but have the ambition to reach the space one day. They are the future of our nation and the strength of Bharat: they are the family members of Uri and Manipur martyrs, people from tribal communities of rural Bengal and hundreds of college students from West Bengal.

Singhabahini is the only non-governmental organization in Bengal that has reached out with financial support to the grieved families of both army sepoy Gangadhar Dolui, a Uri martyr, BSF jawan Prosenjit Biswas, a martyr of Rajouri attack and another Indian army sepoy, Abhijit Mandal, a Manipur Ambush martyr.

On 7th of February, 2019, a social organization in West Bengal called, Singhabahini organized a free screening of the highly popular nationalistic movie ‘Uri – The Surgical Strike’ in one of the INOX theatre in central Kolkata. The capacity of the hall was 337, but the number of enthusiast young spectators exceeded that. There were at least 200 college students from a very weak financial background from south Bengal, only. Despite this patriotic movie running for more than two weeks in the theatres, these poor students could not afford to watch the movie on a big screen. But Singhabahini made it possible for them and fulfilled their long-awaited wish. The tens of tribal people, who also lacked this opportunity joined these students. The family members of Uri martyrs and those of Manipur ambush were joined by many ex-servicemen and the devoted workers of Singhabahini in watching this movie on this Thursday. All had a great time enjoying the movie in the Hind INOX theatre. Many were seen spontaneously saluting the bravery of Indian soldiers after their triumph in the surgical strike committed in Pakistan occupied Kashmir soil (picture#3).

Singhabahini salutes the undying spirits of the families of Martyrs from Bengal. Singhabahini consists of over a hundred dynamic and committed full timer activist across West Bengal, it has lakhs of committed supporters throughout India, as well. It consists of many hard-core nationalist leadership led by (Devdutta Maji extreme right in Picture#1), the President of the organization. Unlike many social activists, Devdutta does not consider these tribal people as so-called ‘weaker section of the society’; he explains that even today the most kshatriya (fighting) spirit that can be found in any Bengalis is in these tribal people. According to him, the motive of this event was to inject a sense of pride among the students about the extreme level of commitment and the supreme sacrifices made by the Indian army. He says, “we are seeing a rejuvenated Indian army under a decisive leadership in the Centre; the present regime has the will power to take a decision to enter into enemy camps in their own territory and striking them right there. This was something that Nehruvian politicians and bureaucrats never ever dreamt of, this is the first time the revenge in true sense has been taken – this is Dharma. We needed to answer the enemies in their own language and terms, and we did it successfully.”

Devdutta has been part of such nationalist organizational activities from last eleven years and has worked under the supervision of firebrand leader Tapan Ghosh (seen in immediate left to Devdutta in Picture#1). Both Devdutta and his Guru, Tapan Ghosh are working for the empowerment of tribal people, mainly for children and women education in and around Bengal. Singhabahini is the only non-governmental organization in Bengal that has reached out with financial support to the grieved families of both army sepoy Gangadhar Dolui, a Uri martyr, BSF jawan Prosenjit Biswas, a martyr of Rajouri attack and another Indian army sepoy, Abhijit Mandal, a Manipur Ambush martyr. After the movie screening in Kolkata, Barun Dalui, the 18-year-old brother of Gangadhar Dalui told media that he also wants to join the Indian army and fight for Bharat. Members of Abhijit Mandal’s family expressed their heartfelt gratitude to the Indian army for successfully taking revenge for the tragic Manipur ambush.

Devdutta plans to make this initiative reach more people across West Bengal; he wants to bring this movie for the people in the other districts of Bangla; their next free-screening of ‘Uri – The Surgical Strike’ is scheduled to be taking place in North Bengal very soon. Singhabahini is determined to maintain its non-political yet nationalist principles while working dedicatedly for the under-privileged sections of our society and bringing the tribal people in the mainstream to the growth-story of Bharat. 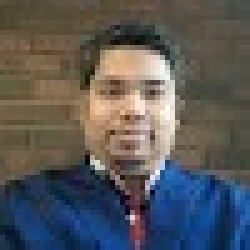 Souvik Dey
The author obtained his PhD degree from Jadavpur University, Kolkata and is currently doing his postdoctoral research in the United States of America. 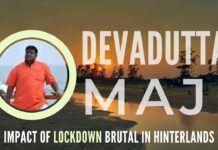 Islamist attacks on Hindu women are being monitored by SinghaBahini