Locking up women at home is a culture of the invaders and is not a Hindu culture. We must resist this Islamization of our society.

In the event of the extreme brutality and barbarism in the rape and killing of Hindu doctor from Telangana, Dr. Priyanka Reddy, on behalf of SinghaBahini, I would like to share the grief and anger that citizens across the nation are experiencing. The main accused, Mohammed Pasha, showed no remorse when she told her mom that he killed a person by accident, referring to the barbaric incident. We also came to know from the media that the accused was served a sumptuous mutton meal in custody. While we are well aware of the vote bank politics that allows Hindus women to be frequently subjected to such abuse, we believe that the inability of the community to organize ourselves and seek justice is what allows repeat of these incidents at frequent intervals.

Our Vedas mention 27 women as scholars and from Rani Jhansi Laxmi Bai to Rani Durgavati and to Rani Chennama, countless women fought for the protection of Dharma and the civilization.

In Bengal where Islamists hold roadshows and such incidents had been all too common, have met a strong match in SinghaBahini’s organized efforts. In the last 10 years of activism on the ground to protect the interests of poor, and unorganized Hindus who were the primary victims of the Islamist attacks has resulted in SinghaBahini. (Goddess Durga’s Army). The organization is determined to mobilize the Hindu community against Islamist attacks. As “One Hindu“, free of any divisions, united in our pursuit to protect the community, the organization has stood by 1000s of abused Muslim women, helping them to reembrace Hinduism. It has also trained these women in skillsets, so that they can be economically self-reliant. SinghaBahini also trained Hindu women to become priests to help promote ownership of the faith. Even tribal women from far-flung villages have learned Sanskrit Mantras to officiate Pujas. Along with the promotion of knowledge about Hindu Dharma we are also organizing martial arts classes for women.

From my study of Hinduism, I am of the strong conviction that Sanatana Hindu Dharma accords the highest respect to women. Spiritually we strongly believe in feminine divine and worship her as Ma Durga and Ma Kali. Our Vedas mention 27 women as scholars and from Rani Jhansi Laxmi Bai to Rani Durgavati and to Rani Chennama, countless women fought for the protection of Dharma and the civilization. Hindu women are thus strong and the faith considers them as spiritually equals.

There is an effort to use incidents like these, to impose a culture on us where women cannot move freely, cannot go to work after 5 pm. All these are efforts to impose the Sharia law where women would be locked up at home. This is also going to hurt the economy and in turn, hurt Hindus as a community and Bharat as a nation as global companies will stay away. Locking up women at home is a culture of the invaders and is not a Hindu culture. We must resist this Islamization of our society.

We appeal to all the NGOs and the civil society to join hands with SinghaBahini so we can protect our daughters and sisters all across Bharat. SinghaBahini has been very successful in curbing these crimes locally and its time to take our learnings nationwide. Tweet me at @MajiDevDutta to help me organize for justice. Devdutta Maji
The author Devdutta Maji is President of SinghaBahini. A grassroot organization in Bharat dedicated to serve the Hindus 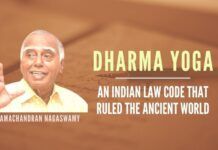