The minority Hindu community in the United States has contributed toward national progress, while harmoniously assimilating American values. Our community has faced attacks on our people, businesses, and places of worship many times in the past. The 2018 FBI report shows an increasing trend in the attacks motivated by religious hatred on Hindus in America.

This so-called conference is organized by Indian political activists, including many Communist party members, and is supported by a few individuals and departments in some American academic institutions. It not only lacks speakers who are academically qualified to speak on Hindutva but also excludes those who can provide alternate points of view on the subject. The fact that several universities have publicly disowned their support of the event, and the organizers have been compelled to remove all the university logos from their website shows the deceit used to publicize the event.

HSS welcomes any academic effort to understand Hindutva where the topic is discussed, analyzed, debated, examined, and adds to the knowledge of the subject. But here the title of the “conference” itself calls for violent action, and the imagery suggests uprooting Hindus. The power of the platform provided by alleged university sponsorships is considerable, and abusing such a platform with a call to violence is likely to harm the Hindu students on the campuses.

We urge universities to withdraw their institutional support to such events, stop targeting minority communities, and avoid irreversible harm to their own academic reputation.

HSS appreciates and supports our members, many Hindu organizations, and individuals who are expressing their concerns to university officials, and educating elected officials about the Hinduphobia that their constituents experience.

Hindutva is a way of life that manifests Hindu-ness. The highest court of India has expressed a similar opinion in its 1985 verdict. Hindus sincerely practice this philosophy of “Vasudhaiva Kutumbakam” or “Entire world is one family.”; Swami Vivekananda’s famous Chicago address of Sept 11, 1893, reminds us to be proud of “Hindu Dharma”; that has taught the world tolerance, universal acceptance, and respect. This profound wisdom addresses the current need for diversity, equity, and inclusivity in society.

The Hindu-American community, a religious minority, deserves safety and respect just as all other communities in America. HSS urges everyone to counter the rise of Hinduphobia, and ensure the safety of Hindus. 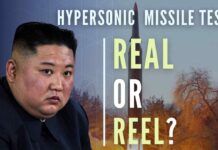