The previous part 1 of the article can be accessed here. This is part 2.

The Mitra worship was eliminated by Christianity

Before we take up West Asia, it is important to know that Europe, including England, Spain, France, Germany, Poland, Italy, and Greece were worshippers of the Vedic god for centuries. Mitra is identical to the sun who destroys the dark clouds and the protector of rythm, truth, and law. It is generally portrayed as a God killing the wild bull by stabbing with a dagger. According to historians even the great Constantine, was in favour of this worship in 3rd Century CE. Only towards the end of his life, he embraced Christianity. The Mitra worship continued in the 4th and 5th Centuries when it was eliminated by Christianity. When did this Vedic cult of Mitra worship come to Europe? Is still not known.

A definite date is however from earlier than 13th Century BCE is available when Vedic gods like Mitra, Varuna, Indra, and Nasatya were mentioned in a treaty entered into by Mittanis and Hittites in an Assyrian tablet. They are worshipped as protectors of Truth (Satya) and rule of law (Dharma). Scholars of linguistics have identified Mittani language as an “Indo Iranian language”, by citing many words for gods, numerals, training horses, etc; which they show as clearly Vedic words. Also, scholars on Sumerian, Assyrian, Mesopotamia, and Babylone show the ancient religion of these regions supported polytheism and welcomed all new concepts without any antagonism. When Alexander the Great conquered up to Jhelum in Punjab, he brought the major part of West Asia under him, and after his demise, the land was ruled by Greek rulers. Bactria, Indo Greek kingdom, Persia, Parthia, Elam Babylon Alexandria, etc; came under satraps Kṣhatrapa following Alexander came the great Maurya ruler of India, who came as Governor of Punjab, Afghanistan, Gandhara, and a part Parthia, he embarked upon not the conquest of space and territory but the conquest of mind by emphasizing ancient Hindu Dharma, by appointing Dharma maha mātras to teach Dharma in all countries up to Alexandria and even beyond. Towards the second half of his rule, he became a lay disciple of Buddhism but he never emphasized anyone Sectarian Dharma but the old Indian Dharma which was the ten qualities of Manu’s Dharma. Which was accepted in countries up to Alexandria was “Dasakam Dharma Lakshanam“. One can be a follower of any god but the code of conduct of individual and the state could be the ten dharmas. A tremendous revolution took place from 3rd Century BCE to 3rd Century CE; the language the people adopted was Prākrit (spoken Prākrit), almost all kings of this region have issued coins in the bilingual languages of Greek and Prākrit and sometimes Sanskrit during this period.

The spoken Prākrit was becoming closer to refined language towards Sanskrit so much so Panini in Taxila refined the language brilliantly and Sanskrit was emerging gradually into the scientific and literary fields, all the rulers of this Indo Greek regions assumed the title “Maharājādhirāja in their coins. The historic find of coins bearing figures of Kriṣhṇa and Balarāma issued by greek King Agathacleous, at the beginning of 2nd Century BCE, found in Khammam in Afganisthan has given a new fillip to the study of Indo-Greek relations. A large number of rulers issued not only bilingual coins but also portrayed Hindu gods and goddesses like Devi Durgā, Rudra, Surya, Asvini Devatas, Aruna, and Indra Krishna and Balarāma, Rāma and others in their coins, besides their Greek names show the impact of Indian culture. Buddha is portrayed from 1st Century CE onwards on coins with the advent of the Kushanas. The depiction of Kriṣhṇa in 3rd Century, push the date of Mahābhārata and Rāmāyana much earlier.

Dr. Kala, my daughter, has tabulated the Indo-Greek kings and their names in a chapter. We may now say that from Italy in the West to Vietnam in the east vast area of Asia, was inspired by Sanskrit and Prākrit tradition. My son Mohan Nagaswamy has been a great scholar in both Tamil and Sanskrit and writes on what is the ultimate result of all these code Indian thoughts. He has also compared the codes of Ghatma in the Upanishad with qualities of Ramayana and Rāma as the very embodiment of old Dharma.

Buddha’s teaching is called Dhyāna-mārgam and is divided into Dharma and yoga. Bhagavan Sri Krishna says, he taught this Dharma to Surya, and Surya in turn taught this Vivasvān Manu. Manu is the descendant of Ikshvāku. Buddha was a descendant of the Ikshvaku lineage. Buddha’s dyāna mārgam is in two parts. One is Dharma and the second is Yoga. Dharma was codified by Manu which is pre-Buddhists. Yoga on the other hand is also pre-Buddhists which are the concepts derived from Vedas. Patanjali, much earlier to Buddha has codified Yoga Śāstras and it is called Ashtanga Yoga. Ashtanga Yoga comprises of the eight limbs of Yoga. Buddha is called “Aṣhtāṅga Yoga Mārga Dharma chakra Pravartakāya Namah in a 3rd Century inscription from Andhra”. Buddha is portrayed in sculptures seated in dharmāsana in dhyāna pose.

Compiled from the immortal Vedic poems, the ancient lawgiver of humankind Manu in his Dharma Sastras and strengthened by the sage Patanjali, in what is called Yoga sūtras.

South of Thailand is Cambodia. According to early Chinese documents, when Chinese came to Cambodia, they found Brāhmanās already settled there since 2nd Century BC. The whole of Cambodia became the Hindu Kingdom which remains so up to 14th Century. When Lankan Buddhists came, Buddhism became very popular in Cambodia and it became totally a Buddhist country.

North of Cambodia, a country known as Laos, which had towns called Dwaraka and Kurukshetra with greater emphasis on Rāmāyana and Mahābhārata. Also in Cambodia, there was a tradition of depositing written text of Rāmāyana and Mahābhārata in temples where they were regularly recited. So almost from 2nd Century BC till very recent times, the whole of East Asia comprising of China, Japan, Korea, outer Mongolia and all countries including Burma, Laos, Vietnam, Cambodia, Thailand, Bali and Malaysia including Sumatra and Java, South East Asia imbibed Hindu thought – Dharma and Yoga.

India’s contribution is immense, from around 1500th Century BCE to 5th Century for about 1000 years. In this study, I take the study from ancient Tamil life in India and move through Sanskrit sources collection and formation of civic law. Compiled from the immortal Vedic poems, the ancient lawgiver of humankind Manu in his Dharma Sastras and strengthened by the sage Patanjali, in what is called Yoga sūtras. These two are the Dharma and Yoga combined forming the foundation of world civilization. The Dharma is laid on ten division of qualities to be cultivated or acquired called the ten compelling commands. Ten dasakas support the individual and society. So these ten are called dharmas – dhāranath dharmam ityukulam. When these form the group of individuals, who lead the society with moral codes, emerge great thinkers like Gautama Buddha who meditate, concentrate, and achieve great thoughts. Asoka called this movement “dharma ghosha the last three of Yoga system known dhāranā, dyāna and samadhi are knowledge-oriented when one reaches this knowledge in the Samādhi stage. This one who attains this knowledge is called a Buddha. Siddhārtha was born in the family of ikshvaku – Rāma and after realization was propagated and called dharma chakra pravartaka. The great Maurya King, Aśoka, he taught this Dharmas to all people under his rule and spread this message to all Asian countries by sending teachers of Dharma called Dharma mahāmātras. This Dharma became the most respected, righteous message in all the countries. All states and countries like Sri Lanka, Tamilnadu in India, Burma, Thailand, Cambodia, Laos, Vietnam, Indonesia, China, Japan, Korea, Magnolia, Central Asia in Uzbekistan, West Asia like Afghanistan, Gandhara, Persia, Parthia, Bactria, Indo Greek region, Elam, Assyria, and Greece, Alexandria and Macedonia, Italy and neighbouring countries. This study shows with the help of ancient literature, inscriptions, legal texts, philosophy, and inscription records. The study shows evidence not only theoretically but in practice. The vast area of the world followed this Dharma and yoga. The ten commandments of Judaism and the Biblical ten commandments of Christian faith were inspired by this Dharma and Yoga of India.

This Book Dharma Yoga by Dr. Ramachandran Nagaswamy is to be released shortly by the end of August. Dr. R Nagaswamy
Ramachandran Nagaswamy is an Indian historian, archaeologist and epigraphist who is known for his work on temple inscriptions and art history of Tamil Nadu. He served as the founder-Director of the Tamil Nadu Archaeology Department. 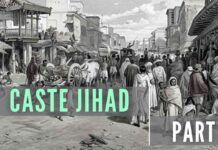 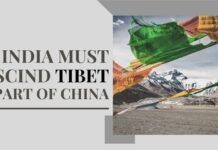 Roman numerals,  navigation and the myth that is the West