Prospects for the global economy have been overshadowed by strong headwinds from advanced economies, as social inequality, the wealth gap and stagnant growth in them are becoming more and more prominent.

[dropcap color=”#008040″ boxed=”yes” boxed_radius=”8px” class=”” id=””]S[/dropcap]uch problems in major advanced economies like the United States and European nations have reflected the weakness of their economic policies, the limitation of their economic governance and the dilemma of their economic ideologies and theories.

Such problems have also intensified social divide in the countries and increased instability in the world.

Despite fair jobs data, advanced economies have not yet seen profound improvement in economic growth, labor productivity and the people’s level of satisfaction.

According to the International Monetary Fund’s (IMF) latest World Economic Outlook released in July, its global growth forecast for 2016 and 2017 were both marked down by 0.1 percentage point relative to its April forecast, to 3.1 percent and 3.4 percent, respectively.

The outlook worsened for advanced economies, while it remains broadly unchanged for emerging markets and developing economies, the IMF said.

[dropcap color=”#008040″ boxed=”yes” boxed_radius=”8px” class=”” id=””]T[/dropcap]he 2016 growth forecasts for the United States and Japan were both trimmed by 0.2 percentage point, said the IMF. It also revised down its forecast for the British economy by 0.2 percentage point and 0.9 percentage point for 2016 and 2017 respectively, citing uncertainty surrounding the country’s exit from the European Union.

Renowned U.S. economist Larry Summers has warned of deep economic stagnation, or “secular stagnation,” which means after the economic crisis is over, low-interest rates and low growth rates will coexist in the long run.

Former U.S. Federal Reserve Chairman Alan Greenspan repeated his previously voiced concern in a recent interview with Bloomberg Radio that the U.S. economy was headed toward a period of “stagflation,” a situation of stagnant growth coupled with elevated inflation.

“The very early stages are becoming evident,” with unit labor costs beginning to rise and money supply growth starting to accelerate, he said.

[dropcap color=”#008040″ boxed=”yes” boxed_radius=”8px” class=”” id=””]G[/dropcap]reenspan also expressed pessimism about the chances of the euro zone surviving in its current reform. He called the single currency bloc “unworkable” as it tries to merge the different cultures and attitudes towards inflation among European countries.

“It will break down, as indeed it is showing signs of in many different areas,” Greenspan said.

The Organization for Economic Cooperation and Development (OECD) said in its latest Global Economic Outlook released in June that the problem of income inequality has worsened in many advanced economies.

Other statistics showed that the living standards of the U.S. middle class in the past eight years have declined compared to those of their previous generations, and that the world’s largest economy is witnessing a widening gap between the rich and the poor.

According to Summers, who was also a former U.S. Treasury Secretary, the rich enjoys advantages that money cannot buy, noting that “the differences between the rich and everyone else are not only about money, but about things that are even more fundamental: health and opportunity.”

[dropcap color=”#008040″ boxed=”yes” boxed_radius=”8px” class=”” id=””]C[/dropcap]hristine Lagarde, managing director of the IMF, said, “One of the leading economic stories of our time is rising income inequality, and the dark shadow it casts across the global economy.”

Since 1980, the richest 1 percent increased their share of income in 24 out of 26 countries based on the IMF data, said Lagarde in a 2014 speech at the Conference on Inclusive Capitalism.

“In the U.S., the share of income taken home by the top 1 percent more than doubled since the 1980s, returning to where it was on the eve of the Great Depression,” she said.

“The 85 richest people in the world, who could fit into a single London double-decker, control as much wealth as the poorest half of the global population — that is 3.5 billion people,” she added.

Some experts believe that advanced economies are difficult to act as the main generator of the world economy, which is facing growing instability and increased risk of secular slow growth.

However, the ability of advanced economies to repair and recover themselves cannot be underestimated, especially for an economic colossus like the United States.

It is advised that people should have a clear view of the disadvantages of advanced economies and avoid the spillover effects of their economic woes. 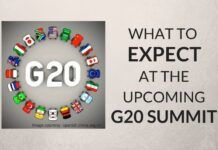 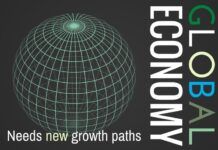 Growth through new ways, a well-timed focus for global economy