[dropcap color=”#008040″ boxed=”yes” boxed_radius=”8px” class=”” id=””]S[/dropcap]etting up of Niti Aayog, launch of Skill India and major social security schemes were among key initiatives of the Narendra Modi government in the past year as it sought to speed up governance amid a legislative gridlock and political setbacks.

The Bharatiya Janata Party-led government, which entered its second year in office in May this year, sought to implement many of the declarations and promises of the past and also announced some new schemes.

The government took steps to expand skills and jobs, boost investment, strengthen higher education, enhance the share of solar and renewable energy and step up agricultural growth even as its critics alleged that it had not been able to show progress on the ground.

[dropcap color=”#008040″ boxed=”yes” boxed_radius=”8px” class=”” id=””]L[/dropcap]osing the assembly polls in Delhi and later in Bihar impacted the winning momentum of the BJP and made the opposition more assertive. The constant tussle with the Congress did not allow progress on some key legislation such as the bill on the Goods and Services Tax (GST). But the government took some executive decisions, including those on liberalising foreign direct investment, to boost growth and investment.

The new year started with a bang for the government as it established Niti (National Institution for Transforming India) Aayog to replace the Planning Commission, which had been formulating five-year plans for the country’s planned development since it was set up in 1950.

Modi launched another major initiative in January as he travelled to Haryana to launch “Beti Bachao, Beti Padhao” (save the girl child, educate the girl child) programme.

[dropcap color=”#008040″ boxed=”yes” boxed_radius=”8px” class=”” id=””]W[/dropcap]ith air pollution and climate change emerging as the key areas of focus, the government responded with a slew of announcements. It launched the Air Quality Index in April and declared its Intended Nationally Determined Contributions (INDCs) on October 2, the birth anniversary of Mahatma Gandhi. India’s ambitious INDCs include reducing emissions intensity per unit of Gross Domestic Product by 33-35 percent of 2005 levels by 2030.

Modi has repeatedly talked about the country’s demographic dividend and the government took a series of steps to improve skills of youth.

With about half the country’s population estimated to be dependent for their livelihood on some form of farm activity, the prime minister launched the Soil Health Card Scheme in February to promote productivity, conserve water and boost rural income. The government hopes to issue over 140 million soil health cards by 2018.

[dropcap color=”#008040″ boxed=”yes” boxed_radius=”8px” class=”” id=””]M[/dropcap]odi launched the Pradhan Mantri MUDRA (Micro Units Development and Refinance Agency) Yojana to foster entrepreneurship at the grassroots level. The proposal to create MUDRA was made in the union budget this year with a corpus of Rs.20,000 crore (over $3 billion) and a credit guarantee corpus of Rs.3,000 crore.

The “Namami Gange” programme, which integrates the efforts to clean and protect the Ganga river, was approved by the government in May. It has a budget outlay of Rs. 20,000 crore for the next five years.

[dropcap color=”#008040″ boxed=”yes” boxed_radius=”8px” class=”” id=””]M[/dropcap]odi also launched the Smart Cities Mission, the Atal Mission for Rejuvenation and Urban Transformation (AMRUT) and Housing for All in urban areas in June as part of the government’s efforts towards urban rejuvenation. The government also aims to enable 20 million urban poor own their houses by 2022, the 75th year of the county’s Independence as part of its “Housing for All” programme. In September, it approved the Shyama Prasad Mukherji Rurban Mission (SPMRM) aimed at development of rural growth clusters.

The government announced that each state will get to develop at least one city as Smart City under its initiative of developing 100 smart cities.

As part of its plans to expand higher education, the government in June approved setting up of six new Indian Institutes of Management (IIMs) in the country.

Modi launched the Digital India week in July with the programme aimed at making all citizens digitally literate and bringing internet and e-governance to all sections of society.

The government launched the gold monetization schemes in November to reduce the country’s reliance on importing gold.

In November, the government finally issued a notification to implement the One Rank One Pension (OROP) scheme for defence forces personnel. Earlier, in October, it had approved the construction of a National War Memorial and a National War Museum in the national capital.

The government, which had been making a strong pitch for its new land bill, finally decided against re-promulgating an ordinance on this after the Congress forced its hand on the issue. 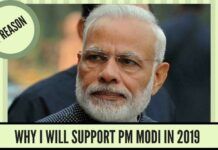 Why I will support Prime Minister Mr Narendra Modi in 2019 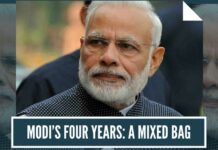