Are Corrupt babus behind it or is it a deliberate goof up?

[dropcap color=”#008040″ boxed=”yes” boxed_radius=”8px” class=”” id=””]W[/dropcap]hat is wrong with Government’s management of Information Technology? Many Government departments’ software, websites go down frequently and are not repaired for months. The recent examples are the delay of Goods and Service Tax Network (GSTN) in coming out with Forms for GST and collapse of payment gateway of Directorate of Advertising and Visual Publicity’s (DAVP). Similarly, the website of Ministry of Corporate Affairs goes down frequently, which has created a mess for companies to fill their routine declarations and Forms.

The site of Ministry of Corporate Affairs was one of the best functioning ones till mid-2014.

Narendra Modi Government’s ambitious project GST is supposed to roll out on July 1. Due to GSTN’s inability to provide electronic Forms, the filing of Forms is delayed for two months. Two years ago Infosys, one of the biggest IT houses in the country got this deal for preparing electronic Forms at a whopping cost of Rs.1400 crores ($217 million). On June 14, Infosys CEO Vishal Sikka informs Finance Minister Arun Jaitley that they will not be ready with electronic Forms on July 1. After getting this princely sum of Rs.1400 crores from the Government, how can Infosys act like this?

The site of Ministry of Corporate Affairs was one of the best functioning ones till mid-2014. Those days Tata Consultancy Service was handling the software administration. Then the contract changed hands and went to Infosys after that and this important website has become a non-user friendly site. For about six to seven months the MCA website was creating chaos for the corporate sector resulting in delays in filing forms etc. These incidents raise serious questions, as to what is happening in the website administration in Government? There are allegations of apathy on part of Government officials’ too. The Government’s National Informatics Centre (NIC) has become a mute spectator in these dirty tricks.

Don’t get me wrong! I am not launching this tirade against one particular company. Wherever there is inefficiency, it has to be brought out – otherwise, how will it get addressed?

[dropcap color=”#008040″ boxed=”yes” boxed_radius=”8px” class=”” id=””]T[/dropcap]he latest instance is the collapse of the DAVP payment gateway. The DAVP, which releases thousands of crores worth central government’s advertisements to media houses, was a den of corruption. It was a well-known secret that 10% was the commission for getting advertisements and payment release from DAVP and every media house in the country was happily paying this to DAVP officials for the past 60 years.

Someone has to be held accountable. If heads have to roll, so be it.

To plug this decades’ long corruption, Digital Payments were introduced in DAVP from April 1. But the software crashed within a week and all the payments to newspapers, magazines and TV channels have been stopped for the past 60 days. Till date DAVP officials under Information Broadcasting Ministry argue, software is not yet repaired! A Simple question is how long it will take to repair software? The website of the payment gateway is managed by National Informatics Centre (NIC). It is learned that the software preparation was given to private parties and they could not match the requirements.

One of the clauses while signing such software agreements is that the vendor (in this case the private company doing the software) has to guarantee 100% uptime (meaning the site will be running all the time) and stiff penalties accrue if this is breached. Was this enforced?

What makes the DAVP problem a baffling one is that this payment gateway is a very small system handling just around 3000 clients. If such a small system can’t be managed or repaired, how are these officials going to deal with the huge Digital Payment structure envisaged by Prime Minister Narendra Modi after Demonetization? Was this goof up deliberate, to force the Information Broadcasting Ministry to bring back the corrupt cheque based payment system?

Someone has to be held accountable. If heads have to roll, so be it. GOI contracts may not be the most lucrative ones for the Infosys and Tata but they should take pride in installing the best software possible for their country of incorporation. This Chalta Hai attitude must stop.
Note:
1. The conversion rate used in this article is 1 USD = 64.53 Rupees.
2. Text in Blue points to additional data on the topic. 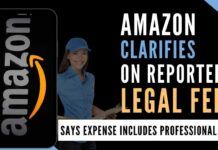