[dropcap color=”#008040″ boxed=”yes” boxed_radius=”8px” class=”” id=””]I[/dropcap]n an effort to deter hoarding, the Government imposed stock limits on pulses as they acted to counter the alarming hike in prices of pulses. The government on Sunday also imposed stock limits on pulses sourced from imports, those held by exporters, those to be used by licensed food processors and those with large departmental retailers. In its earlier order extending the imposition of stock limits on pulses, edible oils and edible oil seeds, for one year up to September 30, 2016, the government had exempted these four categories but now has withdrawn the exemption.

Several measures have also been taken for increasing the availability of pulses by banning their export, extension of zero import duty and also import of 5,000 tonnes of pulses from Price Stabilization Fund, the consumer affairs, food & public distribution ministry said in a release.

“To increase production of pulses, the minimum support price for Urad and Arhar dal have been increased to Rs.4,625 per quintal and for Moong dal to Rs.4,850 per quintal,” it said.

[dropcap color=”#008040″ boxed=”yes” boxed_radius=”8px” class=”” id=””]O[/dropcap]n October 14, Finance Minister Arun Jaitley had chaired a high-level inter-ministerial meeting and taken major decisions like creation of a buffer stock by procurement and imports of pulses, strict action against hoarders and black marketers, bearing transportation, handling and milling charges of imported pulses from the Price Stabilization Fund and encouraging states to lift stocks of imported pulses, among others.

“The cabinet secretary has also been reviewing the price situation on a daily basis. He directed all departments to keep a close watch on prices of essential commodities, especially pulses and work in close coordination with all states to control price rise,” the release said.

All atates have been advised to intensify anti-hoarding operations and keep in check black-marketing and profiteering by traders.

“Five hundred tonnes of Tur dal have been allotted to Kendriya Bhandar and 200 tonnes to Safal for distribution through over 400 outlets. Distribution has already started from October 16 in New Delhi through these outlets,” it said. 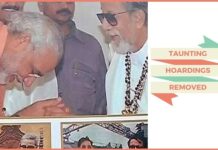