[dropcap color=”#008040″ boxed=”yes” boxed_radius=”8px” class=”” id=””]T[/dropcap]he State Bank of India (SBI) on Friday filed a writ petition in Karnataka High Court for arresting industrialist Vijay Mallya and impounding his passport in the multi-core loan default case of non-operational Kingfisher Airline.
The petition was filed before the single bench of Justice A.S. Bopanna basis the statement which was made by Vijay Mallya recently stating he would move to Britain to be with his family – said a lawyer for the bank, speaking on the condition of anonymity, told IANS here.

As a lead bank of the consortium of 17 state-run and private banks, which have a combined outstanding dues up to Rs.7,800 crore ($1160 Million)from Kingfisher, headed by Mallya, SBI moved the high court after the debt recovery tribunal (DRT) here reserved order on its four interlocutory applications filed on Wednesday.

“We have approached the high court as the tribunal had not yet acted upon our applications, which included disclosure of Mallya’s assets in India and abroad and our claim on the $75-million (Rs.516 crore) severance package British liquor major Diageo plc and its Indian arm United Spirits Ltd (USL) signed with him on February 25 here,” the counsel said.

Here is an excellent post on company history of Kingfisher 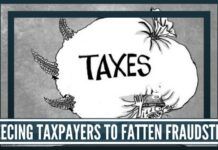 End of an era – Mallya sells United Spirits to Diageo and settles in UK.