[dropcap color=”#008040″ boxed=”yes” boxed_radius=”8px” class=”” id=””]A[/dropcap] plea by the Cellular Operators’ Association of India (COAI) and Association of Unified Telecom Service Provider of India challenging the telecom regulator’s decision making it mandatory for telecos to compensate subscribers for call drops from January 1, 2016 is likely to be heard by the Supreme Court on Friday.

The Delhi High Court’s order upholding the TRAI decision to penalise the telcos for call drops has been challenged by these two organisations.

A bench of Chief Justice T.S.Thakur and Justice Uday Umesh Lalit on Thursday agreed to hear the matter after senior counsel Kapil Sibal mentioned it while asking him: “Why don’t you correct your system.”

As Sibal said that service providers have crores of customers and under the regulations, 2 percent of the call drops are permitted.

Chief Justice Thakur said: “It is more than that..”

[dropcap color=”#008040″ boxed=”yes” boxed_radius=”8px” class=”” id=””]M[/dropcap]eanwhile GSM body COAI in a statement has said that it recognises the inconvenience to customers due to call drop. The organisation has committed making the necessary investment and improvements to its networks, including working with the government to obtain required cell sites on government land and buildings.

The Delhi High Court on Feb 29 upheld the order of the Telecom Regulatory Authority of India (TRAI) making it mandatory for cellular operators to compensate subscribers for call drops.

A division bench of Chief Justice G. Rohini and Justice Jayant Nath ordered that telecom operators would have to compensate subscribers for first three call drops.

The court dismissed the plea of telecom operators for a stay on TRAI’s compensation policy, announced on October 16, 2015, for call drops under which a rupee will be credited to the mobile users’ account for every call drop (restricted to three per day) starting January 1, 2016.

“Further, the TRAI regulation is also ultra vires the Telegraph Act of 1885 under which mobile companies are licensed wherein 100 percent coverage of the licensed geography is not required. Hence call drops emanating from these areas should not be subject to compensation. Finally COAI explains that it is impossible to identify all the reasons for call drops and hence implementation of TRAI order is not feasible,” it added. 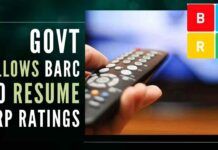 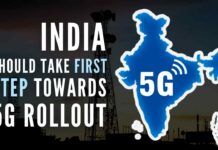 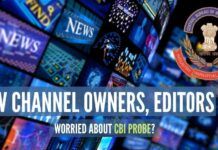 US Healthcare service company acquired by Wipro for $460million