Give up the claims on Ram temple land

As someone who was born in Delhi and lived in the Central government’s housing colonies in New Delhi area, I had no interaction at all with any member of Muslim community in my formative years.

[dropcap color=”#008040″ boxed=”yes” boxed_radius=”8px” class=”” id=””]T[/dropcap]he imagery of a Muslim man in my mind was that of Mohammad Rafi, the playback singer with a divine voice, Naushad Saab, the musician who was interviewed multiple times on TV by Tabassum in her famous Doordarshan programme called ‘Phool Khiley Hain Gulshan Gulshan’, Nawab Mansur Ali Khan Pataudi, the Captain of the Indian cricket team, and of course the crème de la crème among the Indian hockey players- Aslam Sher Khan, Zafar Iqbal and Mohammad Shahid. And then there was this fabulous star of Bollywood who was fading fast and yet he commanded respect from one and all, the thespian Dilip Kumar or Yusuf Khan.

I was asked by an elderly Muslim shopkeeper to close down my free coffee stall. He gently told me that the mood of the people was not upbeat and free coffee distribution would appear offensive to them as India has won the match.

Since there was no Muslim boy or girl who was my classmate in school or in college and even when I went to pursue my Master’s degree, I had not shaken hands with a Muslim till I was about 21 years of age.

My first interaction with Muslim community was in 1985 in Rampur in central Uttar Pradesh. I was a Trainee Sales Promoter at Foods Specialities Limited (Now Nestle India) and was promoting coffee drinking habit among Indians living in smaller towns.

[dropcap color=”#008040″ boxed=”yes” boxed_radius=”8px” class=”” id=””]I[/dropcap]had set up a small stall outside a Kirana store and was demonstrating to people the easy way of preparing a cup of hot coffee with condensed milk called ‘Milkmaid’. There was this usual hubbub in the market, perhaps the market was called Shadab bazaar, and there were many men and some women who had gathered around my tiny kiosk to learn the art of making instant coffee.

By coincidence, an India-Pakistan One day international match too was taking place on the same day. I think it was being played somewhere in Middle-east and Pakistan had bundled out India at a very paltry score. Pakistan’s ace bowler Imran Khan had picked up six wickets and Pakistan was expected to win the match with much ease. There was a sense of excitement in the air. The shopkeepers, nearly all of them Muslims and those loitering around seemed happy to hear the commentary on All India radio.

However, something gloriously unexpected happened in the cricket field and Pakistan batsmen squandered their chance of an easy win and lost to India rather dramatically. And when Kapil Dev clean bowled the last batsman of the Pakistan team, a pall of gloom descended at the Rampur bazaar.

I was asked by an elderly Muslim shopkeeper to close down my free coffee stall. He gently told me that the mood of the people was not upbeat and free coffee distribution would appear offensive to them.

[dropcap color=”#008040″ boxed=”yes” boxed_radius=”8px” class=”” id=””]I[/dropcap] still remember feeling terrorized even though no one tried to intimidate me in any manner but the feeling of despondency among the locals of Rampur was very much evident and that made me very scared. Was I in my own country or in an enemy territory? This was the question that kept rankling in my mind for many days after the incidence. I was disappointed with the Muslims of Rampur in the year 1985.

Muslim leaders in various parts of Hindustan have made light of the claim that Ram indeed was born at a place where we think he was born. Some of them have even questioned the existence of Ram.

I had all along thought that they were my countrymen who believed in Allah instead of believing in Ram like I do. This view was reinforced when I made friends with Khan, my colleague in the PSU oil company at Allahabad. What I also learnt was that his father was a science teacher in Bhagalpur and my friend had four more siblings. Since I and Khan shared a room, I learnt that he, a first class Engineering graduate, had fixed notions about society and religious practices. He believed that children were God’s gift to mankind and family planning was a funny, phony notion. This coming from a young graduate engineer whose father was a teacher seemed very strange to me. I thought that Khan was a fine, educated young man but with a very conservative mindset.

[dropcap color=”#008040″ boxed=”yes” boxed_radius=”8px” class=”” id=””]A[/dropcap] year later, I got married and I invited Khan and my other colleagues for a meal at my new place. He accepted the offer with enthusiasm. Khan, however, refused to eat the goat meat or chicken that was cooked by my wife. Upon my prodding, Khan said that unless he was convinced that the poultry and the meat were cut in ‘Halal’ way, he would not eat them. He said it in a matter-of-fact manner, without any fuss or inhibition. This reinforced the image of Muslims being very orthodox in my mind, in my subconscious mind at least.

And then in 1993, I was posted in Jammu and Kashmir and in my three-year stint in J&K, I was unable to visit Kashmir, a part of my own country due to the terrorism of fundamentalist Muslims who had overtaken the valley. It was clear to me that even if these terrorists were limited to a few hundred, they had the support of the majority of the Muslims residing in the valley. Nearly all the Hindus have driven away from the valley.

I left J&K in 1995 and by then I was convinced that wherever Hindus were in minority and Muslims were in majority, Hindus had to live in a state of fear. Even outside India, there was a significant population of Hindus in Pakistan and Bangladesh but by and by the Hindus were reduced to a minuscule minority in Bangladesh and in Pakistan. On the other hand, the percentage of Muslims living in India hasn’t dwindled at all. And I thank God for that.
But what pains me that Hindus are actually living in a state of unease in many a district in West Bengal, Assam and in Kerala wherever Muslims are an overwhelming majority.

[dropcap color=”#008040″ boxed=”yes” boxed_radius=”8px” class=”” id=””]I[/dropcap] look back in time and I find that a Hindu Prime Minister’s capitulation to the vote bank politics ensured that an old Muslim woman Shah Bano was denied a paltry alimony that she was entitled to receive from her husband, as the concept of alimony was not approved by the tenets of Islam. This after the Supreme Court of India had ruled that the old woman was well within her rights to claim and receive alimony from her ex-husband.

I travel back in recent time to find that our civil society torchbearers held rallies to save Afzal Guru, the enemy of the nation, from the hangman’s noose. They held demonstrations and freedom marches in favour of Umar Khalid, the man who raised slogans against our country.

I travel a few weeks back in time and find that Mayawati, a former CM of Uttar Pradesh was boasting that she would field at least one hundred Muslim candidates for the assembly elections, just to prove that she cared for their welfare. And that the poster boys of Congress and Samajwadi party were openly canvassing for the votes of Muslims.
As a Hindu and as an Indian, I belonging to the majority community felt that I was being ignored in the process. As if I, a part of the population that comprises 80% of India, didn’t exist.

[dropcap color=”#008040″ boxed=”yes” boxed_radius=”8px” class=”” id=””]I[/dropcap] also find that the TV commentators keep deriding Yogi Aditya Nath, the newly elected Chief Minister of Uttar Pradesh. He is referred to as a ‘Hindu monk’ and a ‘Hindu sanyasi’ by the likes of Tavleen Singh. His choice of clothes and the colour of his attire are ridiculed.

In the past, I had never advocated that a Ram temple should be built at the site where the mosque was razed to the ground in 1992. I had even sympathised with my Muslim brothers and sisters who felt aggrieved after the disputed structure was felled by overzealous Hindus. But a lot has changed since 1992.

The 9/11 happened in the United States and 26/11 happened in Mumbai. The Muslim terrorists have caused havoc in many places in Europe and in Turkey and in Nigeria and even in their own countries like Pakistan and many more.

Now my heart has started telling my mind that a temple had stood at that very site in Ayodhya and it was razed to the ground and a mosque built upon the foundation of the temple. So the Hindus have the right to build a grand temple at the site where a mosque stood till 1992.

My heart yearns for a Ram temple in Ayodhya. I have joined the chorus that “If a Ram temple will not come up in Ayodhya, will it then be built in Azerbaijan?”

I am gripped with Islam-o- phobia and I appeal to my Muslim countrymen to help me get rid of it.

I ask them to let me have my Ram temple. This will assuage my broken heart somewhat.

The wounds of Kashmir will not heal until Hindus go back to their homes in the valley but the effect of assault that my mind suffered when the Lordships sat up at midnight to see if Yakub Menon could be saved, would abate.

[dropcap color=”#008040″ boxed=”yes” boxed_radius=”8px” class=”” id=””]M[/dropcap]uslim leaders in various parts of Hindustan have made light of the claim that Ram indeed was born at a place where we think he was born. Some of them have even questioned the existence of Ram. However, in retaliation, no Hindu has ever questioned if Allah ever existed. This is because we have a deep sense of respect for Allah. He is ours as well. In fact, he is as much ours as He is of Muslims.

It is the time that a majority of Muslims come out of the stranglehold of their clerics and start a GiveItUp hashtag on twitter for giving up the land in Ayodhya.

Let this be the end of a controversy and the beginning of a new era.

Author and columnist Saba Naqvi agrees with me. That’s a good beginning.

Sudhir Bisht
Sudhir Bisht is an author and a prolific columnist. His articles are often among the 'most emailed' and 'most commented upon' articles.

His book, 'The First Lady of Roli petroleum' has received critical acclaim in India and Africa among NRI community. Sudhir believes in integral humanism and world peace and is a follower of Dr. Subramanian Swamy's dictum of selfless national service. 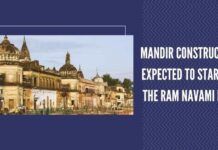 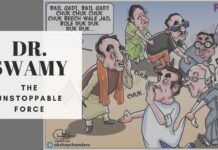