The Craze For Big Banks

Now the clamor is for big; bigger and biggest. Particularly in the banking sector. After the merger of subsidiaries with SBI there is a talk of merging other banks. The chief of Kotak opines that five banks will only remain in future.

This craze for big banks with big balance sheets was prevalent in the eighties in US/Europe. But after the banking and financial crisis of 2008 there is a re-think about this. Issue is whether “bigness” by itself will provide efficiency and customer service along with profitability. With the induction of technology in banking services the size is no more a big issue. Even a small bank can be part of a network.

” Indian Economy is dominated by Partnership and Proprietorship firms. They constitute nearly 50 % of our GDP.

Banking is essentially a relationship based activity even though rules are important. Knowing the customer, his business needs and his product lines and trends in that sector are all important for the banker. In our context in Public sector banks specialization is not common and transfers are regular. The branch manager spends more time in managing the personnel activities of a branch rather than the customer /market centric activities. If he is transferred to rural or semi urban branch then he is looking at calendar to return to his home base. Hence he is not fully involved in his “catchment Areas”.

Indian Economy is dominated by Partnership and Proprietorship firms. They constitute nearly 50 % of our GDP. In services sector like Construction/trade [Wholesale and Retail]/transport/Restaurants/professional services like Plumber; carpenter; painter; electricians; priests etc. they constitute as much as 70 to 80 percent.

But unfortunately Bank credit is not adequately available to them since existing commercial banks are more focused towards big corporates. In 1990 Corporates had 30% of the share of Bank credits while as these Non-corporates had 58% and it became 40 and 42% in 2015. The remaining got by Govt. Up to 10 Crore credit limits were 61% of outstanding in 2005 which became 46% in 2015. [Source: Basic statistical returns—various issues—RBI]

Out of the total credit needs of our economy nearly 55 to 60% is met by Non-bank sources like money lenders /chits/NBFCs etc. Banks are not geared to meet the credit needs of small businesses which are the engines of our economic growth. The earlier mentioned service sector activities are growing at more than 8% per annum –real growth rates—in the last decade and they all borrow at 2 to 6% per month. The Bank lending rates are not material to them.

Bigger banks become more “system” oriented and look at “paper” ratios like current ratios and Debt service coverage .They do not distinguish between customers. If a customer has not repaid in 90 days then it is bad debt and need to be provisioned irrespective of the “nature” of customers and issues.

“This is the exactly wrong time for India to be a Globalizer—but we always imitate failed models of west to learn later that they were not working.

Bigger banks rely on technology and some even charge for customer to meet its managers and call it as “personal banking”. The longer is the “chain” between the banker and customer greater is the probability of failures. We need more of small banks catering to local communities and local businesses. We need banks which understand the aspirations of the emerging entrepreneurial class in small towns and villages. We need to enact MUDRA act to integrate our credit markets including money lenders and make local banks which understand local customers to flourish. Many local banks have served the community very well like City Union Bank [CUB] in TN; Federal Bank in Kerala; TJSB–Sahakari bank in Maharashtra etc. can be examples.

Experts talk about banks having larger balance sheets—for what? Are our banks planning to have hundreds of branches in France/USA/Germany? Will they be allowed in the context of decline in the glamour for globalization? Most developed countries are increasingly inward looking—Le Pen of France says that there is a need to save France from Globalization-

This is the exactly wrong time for India to be a Globalizer—but we always imitate failed models of west to learn later that they were not working.

The fetish about larger/bigger equated to better and efficient is most absurd in the era of technology in banking which is altering the way banks function. A mobile phone is becoming a bank these days and the one with 20000 branches may become a dinosaur. The imported experts and big consulting firms are like snake oil salesmen. Sell that helps them not the country. We imitated soviet model in the fifties and sixties which was a failed model and we are imitating the US model now which is recognized in US as a failed model.

But we refuse to learn from failures of others as well as ours and that is one interesting quality of ours. 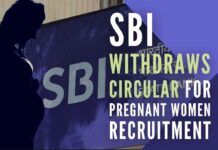 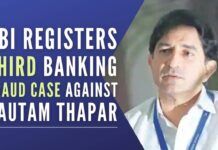 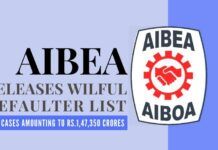