The historic Paris agreement on climate change was on Saturday adopted without any objection by the 196 parties of the United Nations Framework Convention on Climate Change (UNFCCC) during the 21st session of the Conference of the Parties (COP21) hosted by France.

“The Paris Climate Conference is a crucial point in the global climate governance process. The outcome has a bearing with the undertaking of climate change of the human being and our future of sustainable development,” China’s special representative on climate change, Xie Zhenhua said after the adoption of the Paris Agreement.

“Although the agreement is not perfect, it does not stop us from moving a historical step forwards,” Xie said, calling on developed countries to abide by their promises to provide finance, technology development and transfer, and capacity building to developing countries.

“China is willing to work together with all Parties, in accordance with the principles of the UNFCCC, towards implementing the Paris Agreement and establishing a global climate governance system for win-win cooperation,” Xie affirmed.

The Paris agreement runs to 31 pages with 29 articles, including objective, mitigation, adaptation, loss and damage, finance, technology development and transfer, capacity building, and transparency of action and support.

On the basis of equity and common but differentiated responsibilities and respective capabilities, the Paris agreement calls for aiming to hold global average temperature rise to below 2 degrees Celsius above pre-industrial levels and strives for limiting the temperature increase to 1.5 degrees Celsius above pre-industrial levels.

The 21st session of the Conference of the Parties of the UNFCCC kicked off on November 30, 2015. 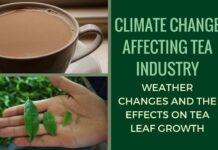