The Narendra Modi Government has committed one more faux pas by promoting the Central Bureau of Investigation (CBI) Additional Director Rakesh Asthana as Special Director in CBI, over the objections of CBI Director Alok Verma, leading to a non-approval by the mandatory Central Vigilance Commission (CVC) Selection Committee. This is a clear violation of the CVC Act and contempt of court in the landmark Vineet Narain Judgment of Supreme Court in the notorious Jain Hawala case. Looking for an apt opportunity to slam the Modi Government, noted lawyer and irresistible activist Prashant Bhushan has already declared that he would be approaching the Supreme Court to strike down the illegal government order promoting Asthana – issued on October 22, Sunday late in the night (10:30 PM)!!!

Asthana’s promotion was objected by CBI Director Alok Verma citing the CBI FIR against three senior Income Tax officials accepting a bribe from Gujarat based Sterling Biotech and Sandesara Group of companies.  The FIR details about a “Diary 2011” where many names of Income Tax and Police Officers from these controversial companies allegedly under the patronage of Ahmed Patel, Political Secretary of Congress President Sonia Gandhi. Asthana’s name was also mentioned in these diaries for accepting regular payouts from these controversial companies in 2011 when he was the Police Commissioner in Surat. PGurus reported that the FIR registered by CBI’s Delhi unit also details Ahmed Patel’s son-in-law Irfan for bribing one of the Income Tax Principal Commissioners.

October 21, Saturday – A meeting of the mandatory CVC Selection Committee chaired by the Chief Vigilance Commissioner (CVC) K V Chowdhary did not approve Asthana’s promotion due to a two-page note submitted the by CBI Director, detailing Asthana’s name in the list of companies under the patronage of Ahmed Patel. The committee comprises of two Vigilance Commissioners, Secretaries of Home and Department of Personnel and Training and the CBI Director. As per the CVC Act, the Committee is mandated to adhere to CBI Directors’ opinion and can only object if there are valid reasons. To maintain the autonomy and avoidance of political interference, the Supreme Court Judgment and the subsequent CVC Act specifies that all promotions, transfers, dismissals, repatriation of officers from Superintendent Rank in CBI and the Enforcement Directorate (ED) have to be approved by the CVC’s Selection Committee.  After this approval, if the officer is above the rank of Inspector General, the Appointments Committee of Cabinet (ACC) will issue posting orders. Now the ACC with regard to CBI comprises only of two members – the Prime Minister and the Home Minister.

So the question is how did the ACC issue promotion orders on Sunday late night at 10:30 PM when on the previous day, the CVC meeting had red-flagged Asthana’s promotion? In the Prime Minister’s Office (PMO), Additional Principal Secretary P K Mishra is in charge of all senior postings and transfers. How come a veteran bureaucrat like Mishra created such a mess for the Modi Government by going ahead with such a blatant violation, which might invite the wrath of the Supreme Court?

The earlier UPA Government did a similar illegality by appointing Archana Ramasundaram as CBI’s Additional Director, ignoring CVC’s objections. The government lost face in the Supreme Court after her appointment was canceled. Is the Modi Government scoring self-goals because of wrong advice given by pliant bureaucracy? Such illegal appointments should not only be rescinded but the concerned officials should be punished. 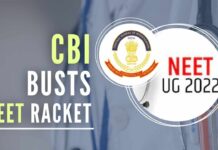