“It is no longer possible for me to be part of a party that continues to disregard the demands and aspirations of Jammu region.” Singh said

Even posters of PDP patron sporting a saffron headgear and holding a sword were pasted on the walls of a private community hall on Miran Sahib-RS Pura road. Before the arrival of Mufti Mohd Sayeed Vikramaditya stood outside on the footsteps of the main hall with a bouquet in his hands. His son Martand Singh, sporting a similar blue designer kurta and saffron headgear accompanied him.

After the formal welcome was over PDP Chief Mehbooba Mufti had garlanded him with marigold flowers before inducting him in the party. A large number of party workers present in the community hall were served packed boxes of snacks in the presence of senior PDP leaders.

More than three years later on October 22, 2017, when Vikramaditya Singh announced his decision to resign from the primary membership of the party he was seen sitting on the dais all alone.

It was on October 22, 1947 tribal Pathans had invaded Kashmir valley.

It may be a coincidence but the scion of Dogra dynasty Vikramaditya deliberately choose a historic day to call it quits from the party.

It was on October 22, 1947, tribal Pathans had invaded Kashmir valley.

While Singh launched a scathing attack on top brass of the PDP he wore ‘tough’ looks and a traditional ‘red tilak’ on his forehead. The smiling face carried looks of a ‘rebel’.

After he announced his decision to quit PDP he started listing out reasons behind the ‘shrewd’ political move.

Instead of explaining the delay and the long time he took to understand the Kashmir centric politics of PDP leadership he chose to blame the top brass of the party for outrightly ignoring the plight of people of Jammu region and not taking note of his repeated reminders to declare a public holiday on the occasion of Birth anniversary of Maharaja Hari Singh.

He was unhappy with the party leadership for a long time as he claimed he was asking some uncomforting questions both inside and outside the party forums.

When reporters asked him to share his future roadmap Vikramaditya clarified “ as of now I have sent my resignation to Chief Minister Mehbooba Mufti. It is too early to comment about my future plans. I am not a politician but I wanted to do something for the people of the State because former Chief Minister Mufti Mohammed Sayeed wanted me to do so.”

Elaborating on the reasons behind this bold step Singh said nobody is happy with the State government in Jammu, Kashmir and Ladakh.“I think nobody is happy with it. There is an urgent need to maintain regional identities which is being compromised and it has led to resentment among people of all the regions,” he said.

“I looked upon myself as the PDP face for all communities in Jammu region and worked to strengthen the party. However, in last several months, the views that have publicly expressed my concerns for our state in general and Jammu region in particular, have not been in harmony with the party line,” Singh said in his resignation to PDP chief and Jammu and Kashmir Chief Minister Mehbooba Mufti.

He said these issues include illegal settlement of Rohingyas, the inclusion of the period pertaining to Dogra rule and contributions made by the Dogra rulers in school textbooks and demand for a public holiday on the birth anniversary of Maharaja Hari Singh.

Despite strong pressure from ally BJP and Jammu-based parties, traders and civil society members, the Chief Minister had refused to announce the public holiday on Maharaja Hari Singh’s birthday on September 23.

“It is clear that the PDP rejected these issues that strongly reflect the sentiments of people of Jammu region. It is no longer possible for me to be part of a party that continues to disregard the demands and aspirations of Jammu region,” Singh said adding, “Mufti Sayeed’s vision of bridging the growing divide between the three regions of the State also remains unfulfilled”

“I feel it is neither morally nor ethically right for me to continue as a member of PDP. I, therefore, tender my resignation from the party and request you to accept it with immediate effect,” he said.

He asserted that regional identities should be respected and maintained.

Singh said he has decided to resign from Jammu and Kashmir Legislative Council.

“I would write to the Legislative Council chairman requesting him to accept my resignation,” he said. 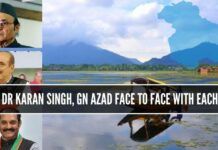 Article 370 and UTs of J&K and Ladakh: Dr Karan Singh, GN Azad face to face with each other 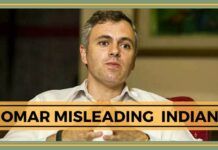 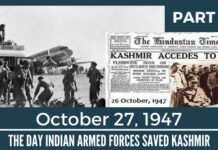 National Herald case: Why is Congress quiet on the IT fine...