The Income Tax (I-T) Department announced that in a recent raid they have unearthed an international hawala racket. The dept had recently raided the BMC contractors and a Shiv Sena leader has exposed that the BMC contractors allegedly evaded income to the extent of Rs.200 crore. Evidence of their involvement in international hawala transactions and routing of the ill-gotten money to certain foreign jurisdictions have also been recovered.

The Income Tax official said that particulars of about three dozen immovable properties, worth Rs.130 crore have also been detected, which includes properties acquired either in their name or their associates or ‘benamidars‘.

The preliminary investigation indicates that these contractors have evaded income to the extent of Rs.200 crore on account of the above malpractice. During the search operation, undisclosed cash of Rs.2 crore and jewelry of Rs.1.5 crore were seized.

“During the course of the search operation, numerous incriminating documents, loose sheets, and digital evidence have been found and seized. The evidence so seized strongly indicates a close nexus between these contractors and the said person,” said an I-T official.

Loose sheets and excel files with details of unaccounted cash receipts and payments aggregating to several crores have also been found and seized, which have not been recorded in the regular books of account.

In the case of contractors, the seized documents revealed the modus-operandi adopted by them for large-scale suppression of taxable income by inflating their expenses. For this purpose, the prominent recourse is over-invoicing of sub-contract expenses through a maze of entities and by claiming non-genuine expenses.

Certain instances show that cash has been taken out from these entities and the same has been utilized for obtaining undue favors for awarding of contracts and also for making unaccounted payments for investments in properties. 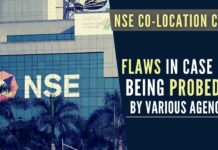