Ensure Afg does not become a safe haven

India and Central Asian countries on Tuesday cautioned that Afghanistan must not become a safe haven for terrorist activities and called for collective action to combat challenges like terror financing, radicalization, and use of terrorist proxies for cross-border terrorism. India’s National Security Advisor (NSA) Ajit Doval said monetary resources are the “lifeblood” of terrorism and countering it should be a priority. He was speaking at a conclave with his counterparts of Central Asian countries in New Delhi. The NSAs of Kazakhstan, Kyrgyzstan, Tajikistan, and Uzbekistan are attending the conclave while Turkmenistan is being represented by its ambassador to India.

The first meeting of the National Security Advisors (NSA) of India and Central Asia was hosted by Ajit Doval. The high-profile conclave also emphasized the need for respecting Afghanistan’s sovereignty, unity and territory and urged non-interference in its internal affairs. Doval said the meeting was taking place at a time of “great churn,” in international relations.

Suck the money out of terror funding: Doval

Addressing the meeting focusing on combating terrorism in the region and the situation in Afghanistan, Doval pitched for giving greater priority to countries of the region to counter terror financing, saying monetary resources are the “lifeblood” of terrorism. Doval also said all United Nations(UN) member states should refrain from providing any form of support to entities or persons involved in terrorist acts and fulfill the obligations enshrined in relevant counter-terror conventions. He described Central Asia as India’s “extended neighbourhood”, and said New Delhi accords “highest priority” to this region.

“Afghanistan is an important issue concerning all of us. India’s concerns and objectives with regard to immediate priorities and the way forward are similar to those of many of us around the table,” he said. Doval said connectivity with Central Asian countries remained a key priority for India and that New Delhi stands ready to cooperate, invest and build connectivity in the region.

“While expanding connectivity, it is important to ensure that connectivity initiatives are consultative, transparent and participatory, with respect for sovereignty and territorial integrity of all countries,” he said, seen as an oblique reference to China’s Belt and Road Initiative (BRI). Doval hosted the conclave with a focus on evolving a common framework to deal with challenges of terrorism in the region including Afghanistan and ways to bolster overall security cooperation in sync with a decision taken at the first India-Central Asia summit in January.

The National Security Advisor began by saying the meeting is taking place at a time of “great churn” in international relations and uncertainty about the future, noting a peaceful, secure, and prosperous Central Asia is in “our common interest“.

“Today’s meeting, therefore, assumes importance as it provides us an opportunity to discuss matters which require greater cooperation and coordination amongst the regional countries,” he said. A joint communique said the officials agreed that the expansion of terrorist propaganda, recruitment, and fund-raising efforts have serious security implications for the region, and therefore, a collective and coordinated response is essential.

The mentioning of cross-border terrorism is seen as a reference to Pakistan’s support to various terror groups which have been targeting India. The meeting also strongly called for an early adoption of the UN Comprehensive Convention on International Terrorism to effectively deal with the menace. “Noted the current deteriorating humanitarian situation and the need to jointly act to provide humanitarian assistance to the people of Afghanistan…Condemned in the strongest terms all forms and manifestations of terrorism and underscored the need to work collectively to fight this menace. Agreed that the expansion of terrorist propaganda, recruitment and fundraising efforts have serious security implications for the region and, therefore, a collective and coordinated response is essential,” the NSAs said in a joint statement.

A number of Central Asian countries share land borders with Afghanistan and there have been concerns about them after the Taliban seized power in Kabul in August last year after the United States withdrew its forces from the country after 20 years. 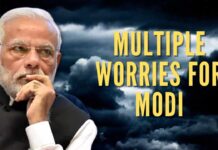 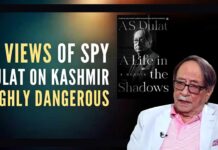 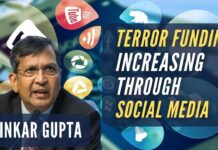