The CBI informed her on Tuesday that a team will visit her residence in Hyderabad at 11 a.m. on December 11 for her examination and recording of her statement in connection with the investigation in the case. The central agency has asked her to confirm availability on the said date and time.

The remand report was filed for the remand of businessman Amit Arora in the Delhi liquor policy scam. Kavitha has been named as one of the members of ‘South Group‘.

The CBI’s communication came a day after the Member of Legislative Council (MLC) of Telangana Rashtra Samithi (TRS) wrote to the agency expressing her inability to meet them on December 6 because of her preoccupied schedule.

The TRS leader had confirmed on December 2 that she was issued a notice by the CBI under Section 160 of the Criminal Procedure Code, seeking her clarification.

However, the next day, she wrote a letter to the agency seeking copies of the complaint from the Ministry of Home Affairs, and the FIR. In reply, the CBI informed her that a copy of the FIR and complaint is available on the website.

The CBI, in its notice, had mentioned that the case was registered on the basis of the written complaint received from Praveen Kumar Rai, Director, MHA, against Deputy Chief Minister of Delhi, Manish Sisodia and 14 others regarding the allegations pertaining to excise policy of Delhi for 2021-22.

“During the course of investigation of the subject cited case, certain facts have emerged which you may be acquainted with, hence your examination on such facts is required in the interest of the investigation,” reads the CBI notice.

According to the remand report filed by the ED, businessman Vijay Nair, who has already been arrested in the case, received kickbacks of Rs.100 crore on behalf of AAP leaders from a group, called ‘South Group’.

According to the report, the group is controlled by Sarath Reddy, Kavitha, and Magunta Srinivasulu Reddy. Sarath Reddy, one of the directors of pharma major Aurobindo Pharma, has already been arrested. Srinivasulu Reddy is a member of Parliament belonging to Andhra Pradesh’s ruling party YSR Congress Party (YSRCP). 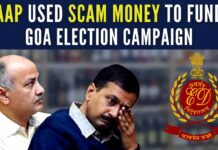 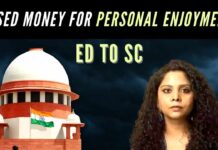