After a six-month-long tussle on border issues and after series of top-commander level talks, India and China are expected to agree on disengaging from the Line of Actual Control (LAC) areas by withdrawing tanks and heavy tanks from the stand-off sites. According to highly placed sources, this disengagement will be in a phased manner by mutual verification on others’ deployment and its withdrawals by thinning out the troops at the sensitive areas where stand-off is being witnessed.

The agreement on disengagement on both sides is expected to be materialised in the ninth round of Corps Commander level talks in the next few days, sources said here on Wednesday. At present eight commander-level talks happened between India and China after the Galwan incident where both sides faced severe causalities of soldiers. Indian side faced the death of 22 soldiers and according to foreign media’s estimates, the Chinese side faced more than 40 soldiers’ deaths. Indian Army Chief General M M Naravane had hinted on Tuesday that “we are hopeful that we will be able to reach an agreement which is mutually acceptable and mutually beneficial.” His observations came days after the Corps Commanders of India and China held the eighth round of parleys at Chushul, Ladakh on November 6.

India and China may agree to a three-step-process, broadly agreeing on disengagement of troops and withdrawal of weaponry from all major friction points in a time-bound manner.

India and China may agree to a three-step-process, broadly agreeing on disengagement of troops and withdrawal of weaponry from all major friction points in a time-bound manner. However, key officials said these were proposals and no agreement has been inked so far. The proposal of disengagement includes removal of armoured personnel carriers within one day of inking an agreement, withdrawal of troops from specific areas on the north and south banks of the Pangong lake in Eastern Ladakh, and carrying out verification of the disengagement process by both sides, they said.

The specific proposals for the disengagement and restoration of the status quo ante as existed in April were finalised during the eighth round of high-level military talks, they said. As a first step, both sides will remove their tanks, artillery guns, armoured vehicles, and large equipment from the stand-off points along the LAC to their rear bases within three days of inking the agreement.

The second step proposes the Chinese army will go back to Finger 8 areas from their current position of Finger 4 on the north bank of Pangong lake while the Indian troops would position themselves close to the Dhan Singh Thapa post. The mountain spurs in the area are referred to as Fingers. It was broadly agreed to withdraw around 30 percent of the troops every day for three days, they said.

In the third step, it was agreed to complete the disengagement process in areas along the southern bank of Pangong lake like Rezang La, Mukhpari, and Magar hill. After this, both sides will carry out a detailed verification process following which normal patrolling is expected to resume. 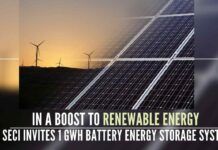 PGurus Newsdesk - October 16, 2021 0
Researchers demonstrate that Facebook’s ads technologies may target specific individual According to the paper written by a team of academics and computer scientists from Spain...

Fadnavis responds to Thackeray’s address on the occasion of Dussehra: Calls...