Exposing the complicity of the Pakistan army behind fomenting trouble in Kashmir, the Indian Army on Thursday foiled a major infiltration bid along the Line of Control (LoC) in the Rampur sector of north Kashmir’s Baramulla district by eliminating three heavily armed infiltrators and recovering large quantities of arms and ammunition from their possession.

The desperate attempt to push in a large number of heavily armed terrorists inside the Indian territory has once again exposed the complicity of the local Pakistan army commanders as they are finding it difficult to digest the peaceful environment prevailing across the Union Territory of Jammu and Kashmir.

As the infiltration bid coincided with the ongoing visit of the Indian Prime Minister Narendra Modi to the United States of America it is most likely to be amplified to expose the dubious claims often made by the estranged Pakistani Prime Minister Imran Khan.

According to a Srinagar-based Defence Spokesman, Col Emron Musavi, early Thursday morning the Indian troops spotted some suspicious movement in the general area of Hathlanga forest along the Line of Control. The infiltrators on being challenged opened fire and attempted to getaway. During the ensuing firefight, all three terrorists were eliminated. The operation has been terminated”. The defence spokesman said, “there has been a spurt in infiltration activities in the recent past and the present infiltration bid comes close on the heels of a similar attempt in Uri Sector, a few days back”.

Meanwhile, Commenting on the prevailing security situation along the LoC, Srinagar based Chinar Corps Commander Lt-Gen D P Pandey said, “We have been appreciating this in the last few months that while the infiltration is not ongoing the launch pads were filled up and before the winter months there will be concentrated efforts to push in the terrorists before the snowfall stops the possible routes”.

“In the last few weeks we have been getting credible inputs of a lot of activities in the launchpad areas and plans to carry out infiltration, the manifestation of which we saw first in Uri and second today morning”, Lt-Gen Pandey added.

Commenting on the connivance of Pakistan, Lt-Gen D P Pandey claimed, “It is just not possible that such a number of activities can take place without complicity or connivance of local Pak military commanders. Either they have adopted the approach of ‘live and let live’ or definitely they are complicit in allowing such activities to enable infiltration of terrorist groups. So this is definitely a change in behaviour in about a month’s time”.

Lt-Gen Pandey claimed attempts to destabilize peace and security here will definitely not be sustained or accepted. “We are totally committed to ensuring the peaceful environment which is prevailing by taking out the terrorists of whichever ever use either through neutralizing or ensuring that he comes back into the mainstream in the form of surrender or acceptance of his fault and thereafter he is taken out of the circulation from the terrorist ranks”.

He said, “for us, nothing has changed. Our counter-infiltration grid has been strong since the start of summers and will continue to remain the same. “We are alert, we are deployed with adequate forces on the loc and will ensure all bids are eliminated”. 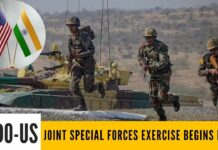