Jammu and Kashmir police teams in RS Pura had recovered some SIM cards and hawala money from his custody.

Jammu and Kashmir police have smashed an active terror module of Pakistan based Jaish-e Mohammad (JeM) terror outfit inside Kot Bhalwal Central jail in Jammu by recovering SIM cards, mobile phones and other incriminating material from one of the barracks. It is the same jail from where JeM Chief Maulana Masood Azhar was freed in an exchange for hijacked passengers of IC-814 flight in December 1999. The central jail still houses a large number of dreaded terrorists here in Jammu.

During a surprise raid inside the central jail on late Saturday evening, police teams recovered mobile phones, SIM cards and other incriminating material from one of the barracks. JeM commander Abdul Rehman Mughal along with three other associates was lodged inside the barrack and remained in touch with his handlers across Pakistan with the help of these mobile phones.

During questioning Mohd Muzaffar Beigh disclosed that money and SIMs were meant for some Pakistani terrorists lodged inside Kot Bhalwal Jail.

According to Jammu and Kashmir Police, the said terror module was busted shortly after the arrest of a hardcore JeM Over Ground Worker (OGW) from Chakroi in the RS Pura area. The OGW arrested by the police was identified as Mohd Muzaffer Beigh S/O Asadudullah Beign R/O Vodhpora, Handwara. He was camping in the area since March 20 and could not return to Kashmir valley due to a complete lockdown on account of the outbreak of the Coronavirus pandemic.

The role of one of the local residents, who had sheltered Muzaffar Beigh, is also under scanner. Police have seized his bank records to ascertain whether he was also connected with Pakistan based handlers and working as a local conduit for them in lieu of money. The local resident had recently completed jail term and came in touch with Muzaffar Beigh, as one of his close relatives was also lodged there.

Police teams in RS Pura had recovered some SIM cards and Hawala money from his custody. According to official sources, when JeM OGW was subjected to sustained interrogation he spilled the beans and provided vital clues to the state police leading to raids inside the premises of Kotbhalwal central jail.

Subsequently, an FIR no 63/2020 US 13,17,39 UAPA and 121-A IPC was lodged at PS RS Pura. Police are investigating the different angles as to how money and SIMs were to be used by terrorists inside the Jail. Some more arrests are expected to unearth the larger conspiracy of Hawalas’ transaction module by terrorists from inside the Jail.

Police are expecting some more arrests in the near future as, how the mobile phones along with memory chips and SIM cards have been transported inside the Jail.

On many occasions in the past, the terrorists had created ruckus inside the jail barracks prompting jail authorities to take stringent measures to prevent jailbreaks. The reform and rehabilitation of jail inmates were not on the agenda of jail authorities as they struggled to maintain peace inside the jail premises with scarce manpower at their disposal.

On two occasions the militants managed to give a slip to the security ‘bandobast’ and climbed the ‘lanky’ fortified walls of the high-security jail before managing their escape much to the chagrin of security grid in the trouble-torn state. The first jail-break was attempted by top Hizbul Mujahideen commander Major Irfan along with his two associates in October 1998. Major Irfan was accused of masterminding the MAM stadium bomb blast in which former state Governor KV Krishna Rao was badly injured during Republic day function in 1995. Eight people lost their lives and more than 50 others were injured in the series of blasts.

The second jail-reak was attempted by the jail inmates in June 1999 to set free one of the most wanted terrorist and chief of Jaish-e-Mohammad Maulana Masood Azhar. A group of terrorists worked laboriously inside the ‘notorious’ barrack of Kot Bhalwal Central jail and succeeded in digging up a 180-foot long tunnel through the septic tank to prepare an escape route for Maulana.

The jail inmates worked meticulously to keep the jail-break plan under wraps. Overconfident of their secret plan they made a ‘tactical’ error in haste by keeping the tunnel little narrow than required for weighty Maulana Masood Azhar. The Chief of Jaish-e-Mohammad could not escape. He was too bulky to crawl out of the tunnel.

Before he was caught attempting jail-break the pot-bellied Maulana rushed inside the barrack to mislead the CRPF jawans, who had raised an alarm on noticing the suspected movement near the boundary wall.

One of the close aides of Maulana Masood Azhar, Sajjad Afghani, was shot dead inside the tunnel by the CRPF and the jail-break was finally prevented. The Kot Bhalwal jail hogged limelight once again as hijackers of the Indian Airlines IC-814 FLIGHT demanded the release of JeM Chief Maulana Masood Azhar and two others from the central jail.

On the eve of New year in 1999, Maulana was escorted out of the jail along with two others namely Mushtaq Ahmad Zargar and Ahmed Omar Saeed Sheikh amid tight security and they were handed over to the hijackers at Kandahar airport in exchange of release of hijacked passengers.

Before leaving the jail Maulana had managed to ‘coerce’ a large number of jail inmates and spread hatred. Even in his absence, the environment inside the jail premises remain surcharged. 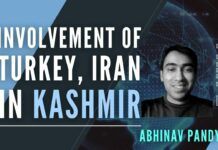 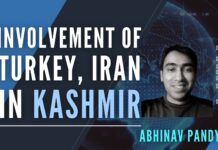