[dropcap color=”#008040″ boxed=”yes” boxed_radius=”8px” class=”” id=””]S[/dropcap]audi Arabia could see its place as a major oil player under threat as fierce rival Iran is expected to start selling oil. Saudi Arabia’s financial crisis could get worse amid crashing oil prices.
International trade sanctions on Tehran are to be lifted very soon, which means the oil market global oversupply is set to get even worse, pushing values down even more.
Crashing oil prices pushed Saudi Arabia into a record high state deficit last year, forcing the government to announce spending cuts and tax rises for 2016. In the past huge oil profits have funded the Saudi Royal Family’s lavish lifestyle and enabled Saudi citizens to be able to work without paying income tax, as well as enjoy numerous state-funded benefits.
Oil prices are expected to continue falling, according to analysts.
[dropcap color=”#008040″ boxed=”yes” boxed_radius=”8px” class=”” id=””]B[/dropcap]ut amid falling oil prices, the Middle Eastern kingdom is having to tighten the belt. The price of oil could reach as low as $10 a barrel, according to some analysts and it dipped below $30 yesterday. In 2014 oil was priced at more than $100 a barrel.
The International Monetary Fund (IMF) warned in October that Riyadh would run out of money within five years if it did not make changes. The Middle Eastern kingdom unveiled a £66 billion ($100 bn) deficit for 2015, and plans for economic reforms at the end of last year.
[dropcap color=”#008040″ boxed=”yes” boxed_radius=”8px” class=”” id=””]T[/dropcap]he fall of Saudi Arabia is going to be a major shock for USA as much as the fall of Shah of Iran in 1979. The same level of smugness and feeling of “invincibility” is pervading US thoughts about Saudi as it was about Shah.
Saudi Arabia is facing internal turmoil and external issues from Shia groups in the world. Most of its poodles in Middle East are weary about the situation. Even Pakistan is hesitant to join it as part of an alliance against “terror” since both Saudi and Pak are allies in creating terror on a global scale. One funds and the other executes.
If Saudi kingdom falls then implications for other Princes and Kings and Amirs are severe. There could be an exodus from many of the countries including Dubai and Abu Dhabi and other territories.
[dropcap color=”#008040″ boxed=”yes” boxed_radius=”8px” class=”” id=””]I[/dropcap]ndia should be prepared for a massive exodus from that zone. As of now India handled Yemen exodus in a tactful fashion. But the coming one may be larger and bigger. It is not needed for Centre or Kerala Government to give monetary benefits to those who return from KSA or even Dubai since they are well off- More important is orderly relocation and employment opportunities locally. Plus we should be able to sustain at lower level of remittances which is major source of strength to us. Reduced oil prices will be off-set by reduced remittances. Perhaps realizing this, India has made Gen. V. K. Singh to take charge of all Middle East situation.
But how prepared are we for bigger tasks such as the Collapse of Kingdom of Saudi Arabia and the resulting mass exodus? 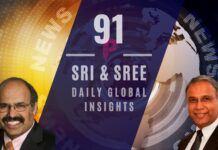 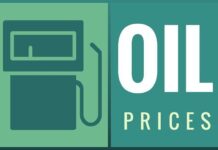