Prabhu said at the ceremony that, Indian Railways is heading towards Digital India to bring transparency in Indian Railways and thus these IT enabled applications have been launched.

He explained that the handheld terminals launched in Northern Railways will enable TTEs to update an entire train’s passenger list and highlight vacant berths which can be sent back to HHT application servers, the Passenger Reservation System (PRS) terminals and indianrail.gov website to be viewed.

He later launched unreserved ticketing mobile application ‘UTSONMOBILE’ in South Central Railway which was developed with the help of Centre for Railway Information Systems (CRIS).

The application was earlier launched in select sectors of South, Western, Northern, Eastern and Central Railways.

Type one of the takeaway bedroll scheme offers a bedroll kit packed in a non-woven fabric bag consisting of one pillow and two cotton bedsheets at Rs.140 while the other costing Rs.110 offers a single blanket in a non-woven bag. Both types are inclusive of all taxes. 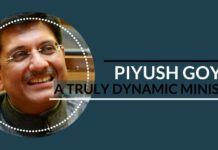 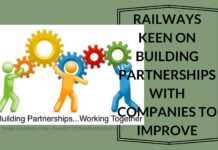