European customers have no problem to pay for crude oil deals in euros however it depends on the mutual agreement. But Iran would prefer euro, Karamati had said.

In the past, Iranian officials voiced interests for the use of national currencies, instead of US dollars, in its transactions with its trade partners, berating the US for exerting economic and financial pressures on the country over its nuclear programme. 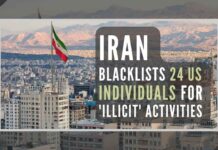