[dropcap color=”#008040″ boxed=”yes” boxed_radius=”8px” class=”” id=””]A[/dropcap]mid an open revolt by two of its senior leaders and Lok Sabha members, the political grapevine in this Jammu and Kashmor winter capital is agog with reports the likely transition of power from father to daughter in the ruling Peoples Democratic Party (PDP) might happen sooner rather than later.
Ever since the state government stated functioning in Jammu on November 9, wild rumours in the corridors of the civil secretariat and offices of political parties revolve only around one thing: Is Mufti Muhammad Sayeed demitting office in favour of his daughter now or would he wait till next year?

For quite some time, it is believed in political circles that the Mufti, who will turn 80 on January 12, 2016, would hand over the mantle to his daughter and party president, Mehbooba Mufti, 56.
[dropcap color=”#008040″ boxed=”yes” boxed_radius=”8px” class=”” id=””]I[/dropcap]n addition to attending to party affairs, Mehbooba Mufti represents the south Kashmir Anantnag seat in the Lok Sabha. “Well, she is undeniably the best choice given her role in resurrecting the party ever since it was created. She is also the most trusted advisor of her father,” said a senior PDP leader who is believed to be close to both Sayeed and his daughter.
The political transition in the PDP might, however, not be as smooth as the well-wishers of the father-daughter duo wish it to be.
Two senior PDP leaders and Lok Sabha members, Muzaffar Hussain Beigh and Tariq Hameed Karra, are out in the public against the PDP-BJP alliance in the state.
Beigh was the deputy chief minister during the last PDP-Congress coalition government headed by Ghulam Nabi Azad while Karra was the finance minister.
The two leaders did not attend the public rally addressed by Prime Minister Narandra Modi in the state on November 7.
[dropcap color=”#008040″ boxed=”yes” boxed_radius=”8px” class=”” id=””]B[/dropcap]eigh has said the alliance between the PDP and the BJP has ‘miserably failed in coming up to the expectation of the people and its failure to deliver could result in annihilation of the PDP as a political force in the state’. Karra has been even more bitter about the dispensation. “It is the worst thing that could happen to J&K. There is no political discourse and space in the dispensation for which the party was created”, Karra said in a statement here.
Beigh’s nephew represents the north Kashmir Baramulla assembly seat in the 87-member state assembly while Karra’s sister-in-law, Asiya Naqash is a minister in the present government and MLA from Hazratbal assembly constituency in Srinagar city.
The BJP central leadership while working out the present alliance with the PDP had said Sayeed would be chief minister for the full six year term of the assembly (the Kashmir assembly, in contrast to those in other states of the country, has a six year tenure).
“The BJP would have no problems with Mufti Sahib handing over power to his daughter in case he thinks it absolutely necessary provided the terms of our alliance for equitable development of all the three regions of the state are respected.
“Yes, our central party leadership has to be taken on board before such a decision is taken”, said a senior BJP leader in Jammu.
[dropcap color=”#008040″ boxed=”yes” boxed_radius=”8px” class=”” id=””]I[/dropcap]t is believed that Sayeed has already discussed the likely transition with senior BJP leader and general secretary Ram Madhav who has given the green signal to the change over after talking to the prime minister and to BJP president Amit Shah. A close aide of Sayeed told IANS in Jammu: “Mufti sahib strongly believes Mehboobaji is politically mature and wise enough to shoulder the responsibility”.
“But, he does not want to hand over power to his daughter immediately. As an experienced politician, Mufti sahib believes the transition must happen when the ground situation is comparatively better.
“Like, he would want the fruits of development to become more visible on the ground before he hands over”, the close aide said.
The confidante of the chief minister, however, outrightly dismissed two things: one, that Sayeed was thinking of the changeover because he is not keeping good health and two that he is delaying the transition because he fears some sort of revolt from within the party. 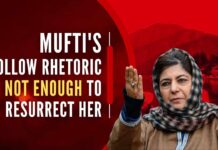 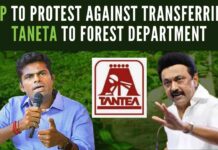 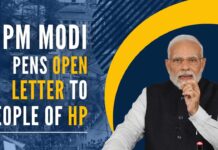 India – US relations: Among the closest we have on earth,...

Swamy urges PM to ban import of cement from Pakistan.