Japanese electronics maker Panasonic announced on Friday a slump of 63.5 percent in its April-June group net profit, which once again shows that Japan’s traditional electronics firms are facing a difficult time.

[dropcap color=”#008040″ boxed=”yes” boxed_radius=”8px” class=”” id=””]N[/dropcap]ippon Electric Company (NEC), once the biggest PC supplier in Japan, declared a plan to build up a joint venture with Lenovo in 2011. However, the new group failed to rid NEC of the successive losses for years, and now 95 percent of its stocks have been in Lenovo’s hand.

Its turnover fell 32 percent to 510.2 billion yen (5 billion U.S. dollars) year on year in the January-June period, the company said.

However, it cannot escape the fate of being annexed. Hon Hai Precision Industry Co., a Taiwan-based electronics giant, bought 66 percent of Sharp’s stocks for 388.8 billion yen (3.8 billion U.S. dollars) in March 30, according to Japanese media.

The company suffered from a widening loss after a net loss of nearly 37.8 billion yen (370 million U.S. dollars) in 2014, due to ineffective operation, unsatisfactory after-sales service and current fiscal scandal.

All in all, these renowned electronics firms, once being the engines of Japan’s economic growth, have witnessed declining sales, huge losses and even annexation, as a result of the yen’s appreciation, lack of innovation, insufficient service and mismanagement. 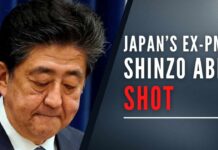