Many close relatives of Zuma are share holders in Gupta brothers’ business firms in South Africa.

According to the book, Gupta brothers – Ajay, Atul and Rajesh – totally controlled the affairs of the South African President Jacob Zuma’s visit in India, claiming that they had good contacts in the Indian administration. In 2012, a South African politician was offered a post as Minister of Public Enterprises in Zuma’s Cabinet in 2012 by the Guptas with a condition that as and when she become the Minister, she would stop the South African Airlines’ (SAA) most profitable route Johannesburg – Mumbai to help Jet Airways.

She refused Gupta’s offer and went public about the incident, which was reported even in BBC a year ago. “In early 2015, SAA announced that after 20 years it would cut the Johannesburg-Mumbai route owing to financial losses. From being the ‘most profitable’ flight for SAA five years before and adding more flights to the route in 2012, the airline, now under the management of Myeni and her confidant, acting CEO Nico Bezuidenhout, started reporting from 2014 that the Indian route was making a loss. At the time that SAA shut down the route, a travel industry official was quoted as saying flights on this route were between 82% and 88% full. In a statement announcing the end of its direct flights to India, SAA praised the fact that passengers would now be able to travel to more cities on the sub-continent through code-sharing agreements with Jet Airways and Etihad (which owned 24% of Jet Airways).

“Whether the true reason behind the closure of SAA’s Johannesburg to Mumbai route was financial losses or not, the fact remains that less than five years after Ajay Gupta allegedly offered Vytjie Mentor a ministerial post in exchange for dropping SAA’s Indian route – while Jacob Zuma was in the house – his wishes came true. The Guptas have denied ever meeting Mentor or offering her a ministerial position,” says the book – ‘Enemy of the People: How Jacob Zuma stole South Africa and how the people fought back’ written by journalists Adrian Basson and Pieter Du Toit[1]. The detailed report on how Jet Airways managed through Gupta brothers is reported in many South African media houses[2].

The BBC’s report on Gupta brothers says that they landed in South Africa from Uttar Pradesh in 1993. Due to their association with Jacob Zuma’s family members, South African media gave them a nickname – Zuptas[3]. Many close relatives of Zuma are shareholders in Gupta brothers’ business firms in South Africa. Jet Airways was fined for landing an Airbus with many Indian VIPs for attending a wedding in Gupta family at Air Force Station, says the book.

In India, Jet Airways’ deal with UAE based Etihad is facing a case in Courts in a petition filed by BJP leader Subramanian Swamy. The BJP leader had, several times accused the Congress-led UPA Government of illegally allotting the Jet-Etihad deal after the Arab Sheiks put pressure on Congress leadership[4] after they lost 2G telecom licences of Etisalat, partnered with main 2G case accused Shahid Balwa[5] and Vinod Goenka. Swamy’s case is presently before the Supreme Court.

[1] Enemy of the People: How Jacob Zuma stole South Africa and how the people fought back – Amazon Kindle 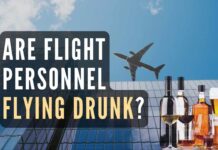