As per the report published by The Wire portal, the top executives of PSUs like GAIL, LIC, Narmada Valley Fertilizer Corporation also figured in the Pegasus target list. The leaked list also contains at least five corporate executives associated with India’s mutual fund industry, including professionals from companies such as Franklin Templeton, DSP BlackRock, and Motilal Oswal.[1]

Meanwhile, veteran editors N Ram and Sashi Kumar on Tuesday moved the Supreme Court seeking an independent probe by its sitting or retired judge into the reports of alleged snooping by government agencies on eminent citizens, politicians, and scribes by using Israeli spyware Pegasus. “The targeted surveillance using military-grade spyware is an unacceptable violation of the right to privacy which has been held to be a fundamental right under Articles 14 (equality before the law), 19 (freedom of speech and expression) and 21 (protection of life and personal liberty) by the Supreme Court,” said the petitioners.

The petition said that the targeted hacking of phones belonging to journalists, doctors, lawyers, civil society activists, government ministers, and opposition politicians “seriously compromises” the effective exercise of the fundamental right to free speech and expression under Article 19(1)(a) of the Constitution.

“Apart from Goyal, the most prominent names on the list are numbers used by SpiceJet chairman and managing director Ajay Singh and the Essar Group’s Prashant Ruia. The list also contains multiple businessmen or officials of companies who have had run-ins with the law over the last few years, mostly due to investigations of loan fraud. This includes Vikram Kothari of Rotomac Pens (and his son Rahul), and C. Sivasankaran, former Aircel promoter, and maverick entrepreneur,” said the Wire report.

Former GAIL Chairman B C Tripathi who later joined Essar Group, two numbers, “one for a former boss of Life Insurance Corporation of India and the other for a former executive director of the Gujarat Narmada Valley Fertiliser Corporation also appears on the list,” said the report.

Though the report named both Reliance Group lobbyists Balasubramanian and Sethuraman, not named is the lobbyist of Adani Group who were targeted for snooping Pegasus spyware. A few days ago, Anil Ambani’s lobbyist Tony Jesudasan’s name was also figured in the Pegasus List along with Anil Ambani. Dassault Rafale’s India agents’ phones were also in the snooping list using Pegasus spyware.[2] 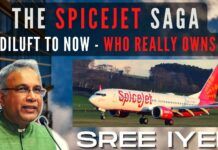 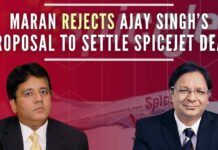 Rahul dreams… “Hope is the secret of my energy!”