The word Kafir is inducing many Muslims to not integrate themselves with other non-Muslims.

The word Kafir and justification for punishment for kafirs have been used extensively by various Islamic rulers against non-Muslims during last 1300 or so years of Islamic history. Non-Muslims were levied taxes known as Jizya to force them into submission to Islam, also indescribable violence towards Kafirs and many times justification of violence against non-Muslims or Kafirs were carried out by Islamic invaders. The word Jizya comes from Persia when Arabic Islam invaded the Sassanid empire. Arabic Muslim invaders adopted the Sassanid system of taxes and levied a special tax on those who didn’t accept their rule. The people on whom this tax was levied were called dhimmi. The word Kafir thus holds to be the most racist and derogatory term ever used in the history of the world.

Islam makes a very strong distinction between Muslims and non-Muslims. The distinction often creates islands of Muslim communities wherever Islam is practiced. Ultimately the goal of Islamic rulers is to make everyone subservient to Islam. The six principal articles of faith as per Islam are God, His messengers, angels, revealed books, day of resurrection (Kayamat) and destiny. Anyone who doesn’t believe in them or has an alternate system of beliefs is called kafir.

Unless the definition of Kafir is resolved there won’t be any integration between Muslim and Non-Muslim communities.

The word kafir is a pejorative and derogatory term usually used for non-Muslims. It is almost used as abuse by Muslims. While many educated Muslims also want to remove this term from all Islamic texts, but the extremist Islamic clerics want to continue usage of this term. All Islamic conquests against non-Muslims or Kafirs have been religiously motivated due to hatred spawning from this word. There is another term called ‘Mushriq’ which means a polytheist. There is another related term used which is known as ‘Takfir’, which means a person falsely claiming to be a Muslim. Sometimes people use the term ‘Kufr’ also which is also similar to ‘kafir’.

In Quran, the word Kafir or its adjectives or plural terms are used 420 times in total. The first usage of this term was in Mecca when the locals didn’t believe in the message of Mohammed. The usage of this term varies in different situations academically. However, the practical application of this term especially against non-Muslims has been consistent throughout the history of political Islam whether it is conquering Levant, Persia, Indian Subcontinent, Far East or anywhere else.

The believers in Islam are called Muminin. Towards the end of the Quran, Muminin are called upon to destroy Kafir. That was the basis of all Islamic conquests in the Middle East and also the Far East. Now the same attitude is seen in Muslims in Europe and also beginning to be seen in the USA and Canada. The people of the book, Jews and Christians are also considered kafirs because it is assumed in the Quran that they are different than Muminin. The theological concepts of Christianity lie in Trinity which is somewhat rejected by the Quran. There are many interpretations by various Islamic scholars, that people of the book are pardoned as long as they pay Jizya. But others were considered heretic and were called Mushriq, which refers to Hindus, Buddhists, Jains, Sikhs, and many other communities and as such they have to be punished by sword and death. Even in Islamic countries, anyone who is branded a Kafir is punishable by death. For example, Islamic violence against Hindu, Buddhist, Yezidi, Christians, Ahmadiyya in Islamic countries is barbaric, to say the least, but it’s justified.

We see the application of this term used exploitatively against all non-Muslims. But the worst was reserved for Hindus, Buddhists, and other eastern faiths. Most Indonesians were also called Mushriks because they believe in a Hindu text Ramayan. Now in Indonesia also there is a campaign against Hindus as they are branded as Kafirs.

During Mughal times, in India,  a tax called Jizya was applied on all non-Muslims. The barbarism of Taimur, Aurangzeb, Akbar, Babur stemmed from the fact that Quranic verses (9.1-15) were used to justify the acts of violence against kafirs until they submitted to Islam. This was the same formula used in all conquests of Islam against Levant, Persia, Afghanistan, Central Asia, India, South East Asia and so on. I have mentioned the Islamic conquest in detail in my first book on Sattology.

This word is inducing many Muslims to, not integrate themselves with other non-Muslims. A small child in a Muslim family is trained to not mix with Kafirs. Therefore, those children when they grow up never integrate with other non-Muslim population in a non-Muslim country. Even though a Muslim family may live in a very safe democratic country but they will always keep themselves aloof from other non-Muslim people because they are trained to fear the loss of identity if they mix too much. Also, a fear of becoming a Mushriq or mixed belief is instilled in them right from childhood.

For democratic societies where people of multiple faiths live, it is highly recommended to take the following steps to ensure the integration of Muslims and Non-Muslims:

I will highly recommend Islamic and other religious scholars to think on this topic and come with solutions in conjunction with non-Muslim religious beliefs from Hindu, Buddhist, Christians, Sikhs, and Jews for lasting peace and confidence between different communities. Unless this definition is resolved there won’t be any integration between Muslim and Non-Muslim communities. Because there will always be one section that will hate others and another section having no confidence of security. Press release: A letter to the President to safeguard Hindu deities rights 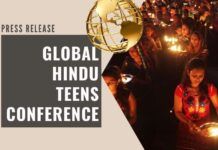 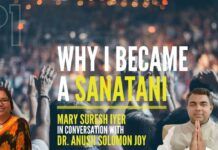 Difference between Naxals and Urban Naxals