The Met office has forecast dry weather conditions across the state till Wednesday.

The minimum temperature here was minus 2.7 degree Celsius, with the weather office forecasting a partly cloudy day ahead.

The minimum temperatures recorded in tourist destinations of Gulmarg and Pahalgam were minus 5.0 and minus 2.9 degree Celsius respectively.

The minimum temperature was minus 2.2 in Qazigund town, minus 1.5 in Kupwara, minus 2.4 in Kukernag and minus 3.7 in Awantipora town, a Met official said. The temperature in Kargil town settled at minus 11.0 degree Celsius.

Overnight minimum temperatures in Jammu city and Mata Vaishno Devi base camp town of Katra improved a bit and was recorded at 6.6 degrees compared to 6.3 degrees on Sunday in Jammu and 9.8 degrees against Sunday’s 8.5 degrees in Katra.

The official said the maximum day temperatures in Srinagar and Jammu cities are likely to hover around 8 and 21 degrees Celsius respectively. 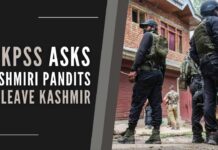 Smartphone can be your fitness tracker