Jaitley said, “the structural economic model followed was the one that did not ensure high growth rates so the growth rates were not adequate, even though you had a large population (of minorities) and political stability”.

In National Commission of Minorities on ‘Economic Empowerment of Minorities’ he delivered a lecture which was organised by them.

Despite being a major state he said even today West Bengal continues to be an revenue-deficit state.

He asked, “Except for a brief period from 1967 and 1971, why is it the state like West Bengal has seen political stability since Independence and data indicates the living conditions which are far less than adequate where it has a sizeable minority population.”

““The state followed a model where growth levels were not fast enough in the terms of growth of economy” which was one of the reason for that, Jaitley said.

The minister said the Centre is committed to advance the cause of minorities and other disadvantaged groups.

Post-1991, improvement in conditions of deprived sections of society has been faster compared with pre-1991 period but it has not been uniform, he said.

Education is the key to improve their condition faster and uniformly and similarly skill development is another means to achieve it, Jaitley said.

Speaking on the occasion, union Minister for Minority Affairs Najma Heptulla said that effective implementation of schemes and ensuring uniformity in development are the two guiding principles for ‘Sabka Saath, Sabka Vikas’ programme of the Modi government.

“She said ‘Nai Manzil’ and ‘Hamari Dharohar’ schemes launched by the government are being received well and have started yielding results.

Here is an Informative post on West Bengal’s Growth. 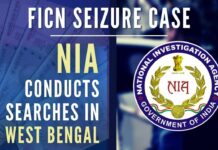