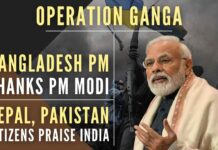 S K Srivastava explains how NDTV continues to be lucky and...