In what is turning out to be a damning indictment of The Administrative Service’s propensity to make deals in exchange for sexual favors, another audio tape of Narada News journo Angel Abraham has surfaced, this time with KTDC (Kerala Tourism Development Corporation) Managing Director Ali Asgar Pasha, IAS.

In this conversation, the lady journalist is sexually inducing the pliable IAS officer and getting her missions done. The conversations are believed to have happened in January 2016. Now Pasha is working as Director in Schedule Caste Department in Kerala.

She was also asking the IAS officer to pass her projects at KSIDC and SIDCO, another big Public Sector Underaking (PSU) under State Industries Ministry under the then Muslim League Minister Kunjalikutty.

The pliable officer IAS goes wild at the thought of biting her lips and remembering her body shape, the lady journalist remembers him of passing the cheque and deals in between. The Tourism Hotels head IAS officer goes on how to give her flight tickets and five star hotel accommodations to him from government exchequer, if she escorts him to Ahmadabad, Delhi or London. The funny part is that while the officer is going mad in the anticipation of a tryst that night, she pretends that she is unwell and can’t step out of the ladies hotel. The lustful officer even tells that he would deliver medicine and medicinal tea to her by that night itself by coming to her hostel.

While the IAS officer goes wild, expressing a  desire to bite her lips, the lady journalist reminds him of passing some cheque and some contracts. We are not sure if Narada got advertisements from KTDC, which is an international advertiser on Kerala Tourism. She was also asking the IAS officer to pass her projects at KSIDC and SIDCO, another big Public Sector Underaking (PSU) under State Industries Ministry under the then Muslim League Minister Kunjalikutty. In the earlier tape, the editor of Narada News Mathew Samuel was heard talking to Angel on how to get clearance from Kunjalikutty and Jiji Thomson.

Ali Asgar Pasha (AAP): Where are you?

AAP: May i come to your hostel with medicinal tea, which can cure your body ache.

AA: No no …coming to hostel?

AAP: Shall we go to Ahmadabad or Delhi..Angel, I have some trips now

AA: I have no money, here i am busy with the website project..cheques to be passed and work in SIDCO

AAP: I too poor….these are all government expenses

AA: Luck of IAS officers…i should have studied for IAS…any way i am lucky to have IAS people like you.

AAP: Let us go to Andman

AA: Ohh…sir here i am busy with my work…when is my cheque passing…and you promised me to get SIDCO work done and KSIDC too…

AAP: I like you a lot…you are too cute in jeans…i want to bite your lips….really dear i want your lips

AA: So you like my lips most….that is the only best part of mine?

AAP: You are so cute….super shape in jeans….shall we go to Andamans….(IAS officer sings Andamanai paarungal in Tamil…) You need permission from Jiji Thomson to go with me?

AAP: He is a nice man…he is our person…nice guy

AAP: You are sexy…want to see you now… coming to your hostel…want to bite at your lips…

AA: go and sleep dear…i am coming to meet you tomorrow to pass that cheque…

AAP: Not tomorrow…busy with meetings… i will call you tomorrow… i really want to come and hug you all over and bite at your lips my dear Angel… i love you my sweetie Angel

AAP: Your voice is sexy….

AA: My God…you are the first person in this earth saying my voice is sexy…really

AA: Thanks…. for saying that… we both are poor souls having same wave length…. i too like you a lot… you are naughty too… he he he…  love you…

Is this Journalism or Prostitution? Where is Editors’ Guild of India? Shame. Blackmailing and Prostitution in the garb of Journalism is a crime. These people should be booked for pimping prostitution.

Here is the link of their 48 minute audio tape: 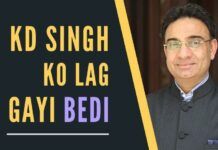 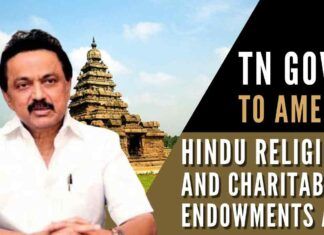