Technically, Modi has not helped the DMK; perhaps no tie-up has been made with the Tamil party, perhaps it was just the ineptitude of government agencies

Politics and social media are abuzz with the theory that Prime Minister Narendra Modi cut a deal with DMK chief M. Karunanidhi on November 6, the precursor to which were raids on 187 premises linked to the leaders of AIDMK, the DMK’s main rival in Tamil Nadu. The result, we are told, is the acquittal of A. Raja, Karunanidhi’s daughter M.K. Kanimozhi, and others in the 2G spectrum allocation case. More is to come, so goes the theory: after the death of J. Jayalalitha, the incarceration of Sasikala, and the endless bickering within AIDMK, there is a vacuum in Tamil Nadu; the vacuum can be filled by the Bharatiya Janata Party, which has failed so far to have a good footing in the state.

It doesn’t matter whether the theory has any grounding in the reality; what matters is that more and more people have started believing in it; the perception that Modi and BJP president Amit Shah preferred politics over probity and justice is becoming popular, and in politics what matters is perception rather than facts. This is likely to hurt Modi.

He has fallen into what Edward de Bono, the Maltese physician and consultant psychologist, calls the “intelligence trap.”

Whether it was the Modi-Shah duo’s machinations or the incompetence of the Central Bureau of Investigation and the Enforcement Directorate that the accused got acquitted, the government cannot escape responsibility, the stale sophistry of Finance Minister Arun Jaitley notwithstanding. Either the Modi regime was egregiously complicit or grossly inept; both explanations are a damning indictment of the regime. There cannot be a third explanation for the way the prosecution was carried out in the scandal (or should it be the alleged scandal?) that propelled the BJP to power.

Many things have been said about Special Judge O.P. Saini’s judgment, but nobody has questioned the facts he has narrated regarding the conduct of law-enforcement officers and prosecutors. He wrote in the judgment that “by the end, the quality of prosecution totally deteriorated and it became directionless and diffident. Not much is required to be written as the things are apparent from the perusal of the evidence itself.”

Saini talked about the special public prosecutor and senior officers of the CBI not signing several applications and replies were filed on their behalf. The documents were finally signed by an inspector of the agency, who was one of the junior-most officers posted in the court, the judge said.

Is this the way Modi wants to make India corruption-free?

In the 2G case, Modi’s conduct has been found wanting on two counts—one strategic and the other moral. He has fallen into what Edward de Bono, the Maltese physician and consultant psychologist, calls the “intelligence trap.” Bono wrote, “Many highly intelligent people often take up a view on a subject and then use their intelligence to defend that view. Since they can defend the view very well, they never see any need to explore the subject or listen to alternative views. This is poor thinking and is part of the ‘intelligence trap’.”

Yudhishthira deceived Drona by making him believe that his (Drona’s) son Ashwatthama has been killed in the war, he literally lost the moral high ground.

Now, even Modi’s detractors don’t doubt his political intelligence; in a decade and a half, he has come from the margins of mainstream politics to occupy the highest office in the country. The trap is about his disdain for any “alternative views,” whether those pertain to governance, economy, foreign policy, or politics. Absolute indulgence in realpolitik and grand moralizing make strange bedfellows; it is to the ingenuity of Modi and his confidante Shah that they were able to iron out their shenanigans like breaking promises and hobnobbing with tainted leaders like Sukh Ram and Mukul Roy. But a deal with the DMK, or the perception about such a deal, has proved to be his undoing.

This brings us to the moral aspect: the 2G verdict is Modi’s Ashwatthama moment. He has lost the moral high ground. The Mahabharata mentions that Yudhishthira’s chariot never touched the ground; it remained at a height of four fingers’ breadth from the surface of the earth. But when prompted by Lord Krishna, he deceived Drona by making him believe that his (Drona’s) son Ashwatthama has been killed in the war, he literally lost the moral high ground: his chariot came down to the surface.

Technically, Yudhishthira did not speak the lie, but the intent was mendacious. Technically, Modi has not helped the DMK; perhaps no tie-up has been made with the Tamil party; perhaps it was just the ineptitude of government agencies that have led to the acquittal of DMK leaders, but the harm to Modi has been done. He has lost the moral high ground. It remains to be seen his actions in the wake of the Ashwatthama moment. 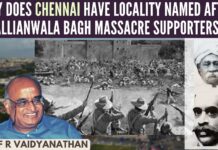