“It is evident that Sharif wants peace. But Modi doesn’t. Sharif attended Modi’s oath-taking as prime minister, but nothing happened further. If you are not sincere, nothing concrete happens by touring countries or merely signing contracts,” Naheed told IANS on the sidelines of the international poetry festival Jashn-e-Adab held here on Sunday.

Modi, she said, was trying to irritate Pakistan in many ways. “Why can’t he rein in forces like Shiv Sena?” asked Naheed, who also champions the cause of peace in South Asia.

The poet said only people-to-people dialogue could mitigate the hostility seen in the media. “We talk about Track II diplomacy. Platforms like poetry festival can bridge the gap to a great extent.”

Giving a thumbs-up to Indian writers and artists who had returned awards citing intolerance, Naheed said the movement augurs well for both countries.

“I congratulated authors Ashok Vajpeyi and Nayantara Sahgal the day they returned the awards. I support ‘award wapsi’ not as a Pakistani, but as a peace-monger for both countries,” said Naheed, who also plays a prominent role in and South Asian Association for Regional Cooperation (Saarc) Writers Forum.

The poet said he was “saddened” by recent incidents in Mumbai such as the cancellation of Ghulam Ali’s concert and the former Pakistan minister Khurshid Kasuri’s book launch. “Under Modi rule, the Shiv Sena djinns are out,” said the activist, who is known for her outspokenness.

[dropcap color=”#008040″ boxed=”yes” boxed_radius=”8px” class=”” id=””]R[/dropcap]aising concern on the move by the Rajasthan government to remove poems by Urdu writer Ismat Chugtai from the state syllabus, Naheed said that Indian society seems to be going backwards under the new government, adding attacks on film stars like Shah Rukh Khan and Aamir Khan were uncalled for. However, she didn’t think that Muslims in India lived under a threat.

With her bold stand on religion and women’s rights, Naheed was among the first woman writers and public servant to challenge the General Zia ul-Haq regime in the eighties.

“I had to pay a huge price for doing what I believed in. I was sent to jail for a night for translating the book ‘Second Sex’ by French author Simone de Beauvoir. It was banned alleging that it’s pornographic,” said Naheed.

A recipient of several national and international literary awards, she said fundamentalism and madrassas pose the greatest threat to Pakistan. Both her sons had to leave the country fearing for their lives, she said.

She moved to Lahore from Uttar Pradesh’s Bulandshehr in 1949.

“Partition and the struggle afterwards shaped me as a feminist activist. From the beginning, I never had a settled life. Many women were abducted during partition and they never came back,” she said.

Talking about feminist writing in India, she said they were not as powerful as in Pakistan, the reason being the subjugation of women was far higher in the latter. “Best works are produced when creativity is suppressed. I had to face repression as a writer and as a woman.” 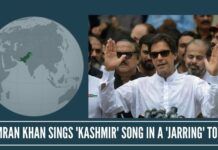 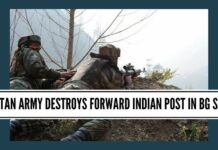 US reviews steps to combat all forms of illicit finance

In a setback to India, WTO rules against localization in US...