[dropcap color=”#008040″ boxed=”yes” boxed_radius=”8px” class=”” id=””]A[/dropcap] food security scheme ‘Khadya Sathi’ (Khadya meaning food) under which around seven crore people would get rice and wheat at ₹ 2 per kg each was launched by West Bengal Chief Minister Mamata Banerjee on Wednesday.  The scheme would cover around 80 percent of the the state’s nine crore people, announced Banerjee.

Thanking the farmers for contributing to the stock of grains required for Khadya Sathi, she said: “Fifteen lakh tonnes of rice have already been procured, which is more than our target of ten lakh tonnes.”

The Banerjee government has so far been giving rice at ₹2 per kg to 3.33 crore people. With the launch of Khadya Sathi, three crore more beneficiaries will be entitled to get food grains at ₹ 2 per kg, and another 70 lakh people will get subsidised food grains.

Banerjee also inaugurated the 1.164-km Kamalgazi flyover by remote control from the Indira Gandhi Sarani podium. The  flyover is expected to ease the flow of traffic at the Kamalgazi crossing on the southern outskirts of the city. 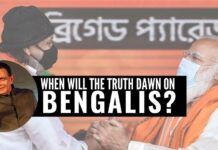 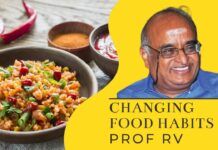 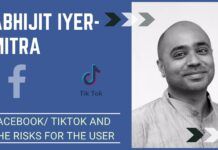