[dropcap color=”#008040″ boxed=”yes” boxed_radius=”8px” class=”” id=””]C[/dropcap]ongress High command’s air-dropping of V Narayanasamy, who is not a Member of the Legislative Assembly (MLA), as the new Puducherry Chief Minister shows that the party has not yet learned anything from the recent drubbing. Congress, which got 15 seats in the 30 member Assembly was supposed to elect former Chief Minister Vaidyalingam or state PCC Chief Namasivayam. Congress ally Dravida Munnetra Kazhagam (DMK) has 2 MLAs. But Sonia Gandhi and Rahul Gandhi ignored the wishes of the MLAs and installed their sycophant Narayanasamy, who lacks public support.

Narayanasamy is basically Sonia’s political secretary Ahmed Patel’s man and was posted as Minister of State in the Prime Minister’s Office (PMO) during the United Progressive Alliance (UPA)-2. He was in charge of Central Bureau of Investigation (CBI) and it was an open secret that his job was to communicate the diktats of Congress leadership to CBI chiefs. Congress operation was very simple. Ask Narayanasamy to summon CBI head to his home, where Congress top leaders would also land to give orders. This was exposed when certain officers recalled how CBI Directors and top cops were forced to toe the Congress line in raking up Ishrat Jehan case to fix Narendra Modi and Amit Shah.

Once Indian Express published a photo of tainted CBI Director Ranjit Sinha coming out from Narayanasamy’s home in late 2013. Those days CBI was caught by Supreme Court for manipulating Coal Scam and the Apex Court had rightly described the agency as “Caged Parrot”.

[dropcap color=”#008040″ boxed=”yes” boxed_radius=”8px” class=”” id=””]R[/dropcap]ecently Narayanasamy was caught by photographers for picking up Rahul Gandhi’s chappals during the latter’s visit to see Chennai floods. Narayanasamy has the total trust of Sonia and Rahul. His dream is to become the Chief Minister of his home state Puducherry. He attempted this post by engineering internal fight against former Chief Minister N Rangasamy. With Sonia’s support, Narayanasamy did all to overthrow Rangasamy in 2009. At last Rangasamy left Congress and floated a regional outfit called AINRC (All Indian N Rangaswamy Congress) and retained the power in 2011 elections.

Due to anti-incumbency factor now Rangasamy lost the election and Congress is back in power in this tiny state with the help of the DMK. PCC Chief Namasivayam and former Chief Minister Vaidyalingam were the frontrunners. But the Congress leadership airdropped their trusted man, who is not even an MLA. Now the local Congress leaders are up in arms.

If this unrest continues, there could be more cracks in Congress in this small state. Rangasamy’s AINRC has 8 MLAs and AIADMK has 4 MLAs. A CPI(M) supported MLA is also there. If PCC Chief Namasivayam or Vaidyalingam engineers a split, there would be turbulence in Puducherry, where law and order is under the control of the Central Government. 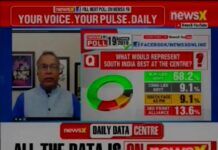 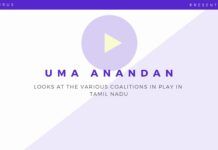