In a letter written to the Chief Secretaries of states and union territories, the National Commission for Protection of Child Rights (NCPCR) has asked them to conduct a detailed investigation of all government-funded/ recognized madrasas that admit non-Muslim children. The Commission has also recommended mapping all unmapped madrasas.

The Chief Secretaries have been ordered to submit the report within a month.

The Commission instructed the Chief Secretaries to include physical verification of children attending such madrasas in their probe. It said that all such children should be admitted to schools for formal education.

The development comes after the NCPCR received complaints of non-Muslim children being imparted religious education in some madrasas without their parent’s consent.

According to the NCPCR, there are three types of madrasas namely recognized, unrecognized and unmapped. In the letter, the Commission stated that many children were enrolled in institutions like madrasas in various states across the country.

The Commission noted that the madrasas which are funded or recognized by the government provided religious and to some extent formal education.

The letter further stated that in view of the complaints received, it was observed that children from non-Muslim communities were studying in government-funded/ recognized madrasas.

Apart from this, the Commission said that some state governments provided scholarships to the students, which was a violation of Article 28(3) of the Constitution of India, which prohibits educational institutions from compelling children to participate in any religious education without parental consent. 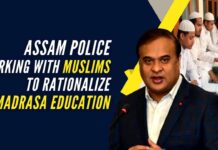 Assam: CM Sarma directs teachers coming from outside to teach in madrasas to appear in nearest police station “from time to time” 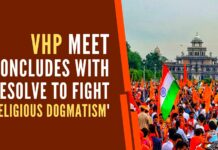