This is vintage New Delhi Television (NDTV). Pick a target and go relentlessly. Ignore inconvenient facts. Impact is the objective. The latest is a series of dubious stories against the police encounters in the Yogi Adityanath ruled Uttar Pradesh, on a day when the state is hosting an Investors Summit. The architect of this series of news that does not map to reality is Sreenivasan Jain.

Why this hit job now by NDTV?  Because they want to queer the pitch for the prospective investors who may be looking to invest in the state. Thanks to Social Media, these shenanigans won’t work.

Readers may remember Jain from his scurrilous stories that emerged from Gujarat when Narendra Modi was the Chief Minister there. The fact that NDTV has chosen Yogi as its next target, highlighting “abuses” committed during the UP Government’s police encounters on the criminals foretells a story of its own.

Does this anointment of Yogi mean that NDTV thinks that it sees a future PM in him? Readers may remember the hyperboles dished out during the Ishrat Jehan encounter. The same Sreenivasan Jain made famous the phrase “Kala Dhadi (beard) & Safed Dhadi (beard)” in a pointed (pun intended) reference to Amit Shah and Narendra Modi.

Mr. Jain, don’t you have any shame? What happened to your stories that ran in collaboration with Prannoy Roy and Tehelka’s rape-accused Tarun Tejpal? You have also been caught by Baba Ramdev for fake stories. Just in case you don’t know, here is the background on the law and order situation that existed during Samajwadi Party’s rule…

Uttar Pradesh was a den of criminals with strict instructions to not touch people of a certain community and a certain religion, no matter what the extent of the crime was. Now Chief Minister Yogi Adityanath is on a herculean task to bring normalcy in the law and order of the state. Yogi Adityanath’s actions have given a strong message to criminals and most of them are tucking their tails between their legs and are either surrendering or pleading guilty.

Why this hit job now by NDTV?  Because they want to queer the pitch for the prospective investors who may be looking to invest in the state. Thanks to Social Media, these shenanigans won’t work.  Why is NDTV doing such deplorable hit job in the garb of journalism and human rights?  Is it because they are not be getting any sizeable advertisement revenue from the Uttar Pradesh Government?

NDTV is a sin in the garb of media. Recently the Delhi High Court rejected NDTV’s petition to stay the Income Tax notice of around Rs.430 crores[1]. With this notice, the corrupt channel dues to Income Tax have gone up to Rs.860 crores and the money laundering owner of this channel Prannoy Roy and his wife were also slapped a fine by Income Tax for Rs.30 crores each.

It is high time the CBI, ED, and SEBI act against the rampant illegalities like money laundering, cheating of banks, stock exchange rigging conducted by the promoters including Prannoy Roy. 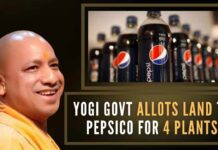 Invest UP: Yogi Adityanath govt allots land to PepsiCo for setting up 4 plants in UP 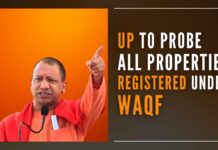 How to Make Most of Our Engineering Graduates Employable