Nigerian government and other members of the Organisation of Petroleum Exporting Countries (OPEC) are putting unending efforts to achieve greater stability in the price of crude oil exports.

The ongoing efforts by the Nigerian government and other members of the Organisation of Petroleum Exporting Countries (OPEC) to achieve greater stability in the price of crude oil exports were expected to be high on the agenda of discussions between Buhari and the Saudi monarch, he said.

The oil prices will also be main concern when President Buhari will have discussion on Sunday with the Emir of Qatar, Sheikh Tamim bin Hamad Al Thani, the spokesperson said.

Buhari’s other engagements in Saudi Arabia include meetings with heads of international financial organisations and multilateral associations, Adesina said. 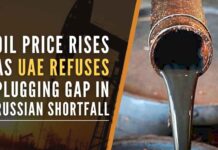