Dhanteras boom in the market, a whopping figure of Rs.7500 cr in single day after gap of 2 years on auspicious day

After the dull days of Covid, India’s cash liquidity has increased as per Tuesday’s gold and silver buying by on the auspicious Dhanteras Day. As per the initial statistics about the purchase data released by traders associations, India witnessed a huge purchase of Rs.7500 crore (One Billion Dollars) on the Dhanteras Day, which is considered as an auspicious day by Indian Hindu families for purchasing or starting investments, especially in Gold or Silver metal. “This whopping figure of Rs.7500 crore in a single day after a gap of two years on Dhanteras Day is a sign of vibrancy returns to markets,” said the trader associations.

According to the initial data released by the trade bodies, Delhi witnessed sale of about Rs.1000 crore, and about Rs.1500 crore transactions in gold and silver happened in Maharashtra. “The familiar smile on the faces of the jewellers, who have been greatly hit by a huge recession in the last two years, resumed back today on the day of Dhanteras festival when sales in jewellery trade today across the country happened to the tune of almost Rs.7500 crores-said the Confederation of All India Traders (CAIT) and its jewelry wing, the All India Jewellers and Goldsmith Federation (AIJGF) in a joint statement which further said that around 15 tonnes of gold jewellery were sold across the country on Dhanteras today which includes an estimated sale of Rs.1000 crore in Delhi, about 1500 crore in Maharashtra, about 600 crores in UP and in South India about 2000 crores beside other states of the country,” said CAIT.

CAIT National President B C Bhartia and Secretary General Praveen Khandelwal said that Dhanteras has its own significance among all the festivals in the country, since ancient times. On Dhanteras, people across the country buy gold & silver ornaments, coins, or jewellery. It is believed that buying money (thing) on this day increases it thirteen times. Shri Bhartia and Shri Khandelwal said that on the Trayodashi Tithi of Krishna Paksha of Kartik month, Lord Dhanvantari had appeared with the nectar urn at the time of churning of the ocean, hence this date is known as Dhanteras or Dhantrayodashi. Gold and silver have been the first choice of investors in the country for ages. Indian families buy goods in gold and silver on the day of Dhanteras according to their status, while the custom of buying utensils also has been going on for a long time.

Pankaj Arora, National President, AIJGF said that India’s gold demand grew by 50% year-on-year in the July-September quarter after a strong jump in economic activity and improved consumer demand this year. Mr. Arora said that 700 tonnes of gold have been imported in the first half of 2021, which is much higher than the previous year. He said that in view of the demand of customers during the festival of Diwali and the forthcoming wedding season that starts after that, jewellers across the country have made elaborate preparations for the availability of gold jewellery in different designs and also other items of gold and silver.

Arora said today at Dhanteras, the jewellery markets across the country witnessed a big sale of gold and silver coins, notes, sculptures, and utensils along with ornaments. After 19 months of the COVID pandemic, this shine in the markets is being seen for the first time. It has certainly excited jewellery traders across the country. The good thing is that buyers are attracted to bullion for investors along with jewellery and other products for their own use. The major reason for this enthusiasm is the low level of Corona cases in the country and the record anti-Covid vaccination. 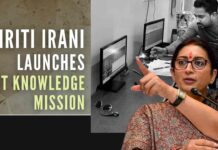 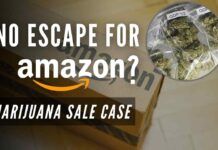 Welcome relaxations to save livelihood