The Ministry of Petroleum & Natural Gas is contemplating a proposal to privatize 11 ONGC prime fields.

Last week, something strange happened. A news item flashed on Google News: ‘Privatize ONGC, don’t sell off oil fields, say company executives.’ This was as strange as Rahul Gandhi praising demonetization. The source too was reasonably credible, the Press Trust of India (December 4). My amazement arose from the awareness that the executives of public sector undertakings (PSUs) have always been the biggest opponents of privatization. So, where did this somersault come from?

A closer scrutiny, however, showed that the headline was as misleading as the intent of Oil & Natural Gas Corp (ONGC) executives was dubious. But first the trigger of their fulminations. The Ministry of Petroleum & Natural Gas is contemplating a proposal to privatize 11 ONGC prime fields. The Directorate General of Hydrocarbons, under the Ministry, has suggested handing over 60 percent stake with operational control in 15 fields—11 of ONGC and four of Oil India Ltd—to private companies for 20 years in order to increase production employing “world-class technology and oilfield management practices.”

This is the second-best option available to the Narendra Modi government, the best being the privatization of the oil PSU in toto. The best is not possible because of the ideological resistance from the Sangh Parivar. But it seems that doing anything good is fraught with trouble, so not only privatization but also semi-privatization is opposed by the beneficiaries of status quo. ONGC executives belong to that group.

The remnants of the Nehruvian ancient regime struck back; the process halted in the run-up to the 2004 general election.

It is a well-known fact that the public sector culture and onerous government procedures are a drag on efficiency. Most public sector profits come from the sectors in which PSUs have market dominance, like oil and power; and this dominance is not the result of excellence but government policies. The Comptroller & Accountant General and others have pointed this out several times. The only way out is privatization, something that vested interests furiously resist.

The vested interests include line ministries of the PSUs concerned, politicians, bureaucrats, Left-leaning intellectuals (they are still a legion), trade unions, and PSU employees and officers. This assortment left no stone unturned to block the sale of PSUs when Atal Bihari Vajpayee was prime minister. It was because of the doggedness of the then disinvestment minister Arun Shourie, and the strong support provided by the prime minister, that some companies like Balco and HZL were sold off. Eventually, however, remnants of the Nehruvian ancient regime struck back; the process halted in the run-up to the 2004 general election.

The Left that supported the United Progressive Alliance regime from outside (2004-08) torpedoed privatization; the process hasn’t recovered since then.

It is against this backdrop that ONGC executives’ protest against the sale of its fields should be viewed. To begin with, they are being economical with the truth: they are not suggesting privatization but minority stake sale. PTI reported them as saying, “Selling just 18 percent out of the government’s 68.07 percent shareholding in Oil & Natural Gas Corp will fetch over Rs. 41,000 crore at the current market price, many times more than the investment commitment it may get from giving away 60 percent in 11 identified percent gas fields of the company.”

Being in the public sector is living in the best of all possible worlds: you enjoy corporate salaries and security of tenure at the same time.

The fact of the matter is that ONGC executives, like those of other PSUs, are opposed to privatization. Their fulmination is not against, as the PTI report quoted them, the government endeavour to sell their company “for a song and bleed the PSU to death”; what they are protesting against is the possibility of change; like all vested interests, they are opposed to change.

Being in the public sector is living in the best of all possible worlds: you enjoy corporate salaries and security of tenure at the same time. Well, the top bracket salaries compare poorly with the ones in the private sector, but for most people the situation is comfortable. The cost is borne not just by the taxpayer, especially when public sector entities fail, but the entire economy. For instance, because of the inbuilt inefficiencies in the public sector culture, ONGC has not been able to augment production; consequently, the country’s dependence on imported petroleum has increased. Petroleum Minister Dharmendra Pradhan has underlined ONGC’s stagnant production.

The Modi government should expedite the process of selling fields to private parties and should not heed to the self-serving groups like ONGC executives. 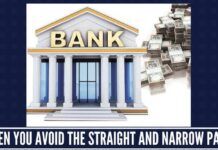